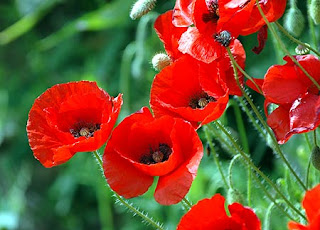 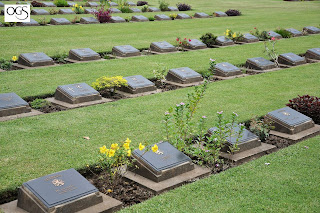 For every fallen soldier a poppy. 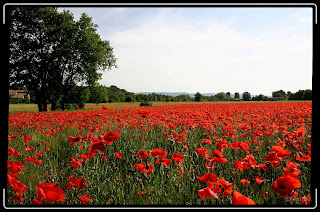 Frederik Noel Taylor (Fepow)
written in 1943 as a Japanese POW, in Thailand


The bugle played the men fell in
Some of them tired and all of them thin,
Patched up shirts and shorts they wore,
Some with less, but none with more,
Bandaged arms and legs by scores,
Old rags that covered their ulcer sores,
Others straight from the malaria bed
With pains in their feet and in their head,
Everyone who could walk was there.
Dark sunken eyes fixed in a stare,
In two lines the men fell in,
And not one was wearing a grin,
Everyone was grim and stern.
You wonder why, well you shall learn,
Not a word on that parade spoken,
Not a word or familiar joke,
Jesting and joking were far apart
For each one there, had an ache in his heart.
No funeral march with it's plaintive verse,
No gun carriage there to act as a hearse,
The coffin was carried shoulder high
By four of his pals with a tear in their eyes
The coffin was just a box of wood,
Not a flower or wreath to make it look good.
But the Union Jack was in evidence there
And stopped the box from looking bare.
With steps the procession passed by,
And with it the lad who was sent here to die.
Twelve month of suffering and toil,
Only to be buried in Thailand soil.
But his soul has risen to the heavens above,
And with it goes his friends great love.
He's gone to a billet better then ours,
A haven of rest and happy hours.
The parade dismissed and one could note,
Every one there had a lump in his throat.
Life it passes just like sand,
But the way they saluted, pal it was grand. 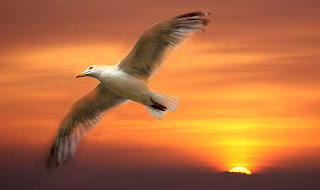 They shall grow not old,
As we that left grow old.
Age shall not weary them,
Nor the years distress.
At the going down of the sun,
And in the morning
We will remember them. 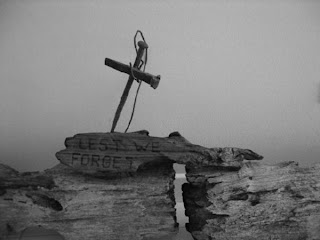