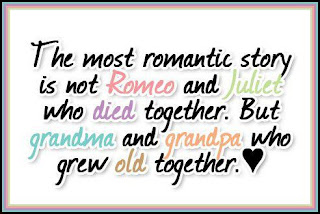 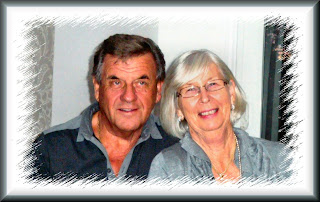 October 10 2011 Ruud and I were married 50 years. I can't believe it. Where did the time go. Our kids Monique and Dan organized a wonderful party. What a nice surprise.My sister in law Carla and her husband Bert came to Canada, from the Netherlands to be with us on our anniversary. It was a nice party with family and our best friends, Carol and Noel Thomas and Karen and Ken Pipes. It was in the early 70's that we met them. Our kids were involved in gymnastic and Noel was the Club President. Karen was the geography teacher.We all are retired now, but we all play golf together.Carol and Noel wrote a memoir and I will type it later. First I would like to put some pictures up.
The kids had catered Jamaican food, because they knew everybody would love it. We had patties, callaloo, breadfruit,jerk chicken, jerk pork, rice and peas etc. etc.
I do have to write down the speech Carol and Noel gave.


Memories of Thea and Ruud

It was in the early 70's we met Thea, mother of Monique, registered in the gym Club with our daughter Pam, and Noel was Club President, trying to organize a facility for the girls to practice in, without having to set up equipment each night that they practiced.
Thea, along with some of the other mothers would support Noel in his presentations to the Recreation Committee of City Council.

It became apparent that we would have to rent a facility to prove our case, and we had a line on a lease for three years, but we would need a Board that could stand behind this commitment both emotionally and financially.I can remember approaching Ruud at a fireworks demonstration, my first serious discussion with him, and immediately he threw his support behind the project. It was a tremendous gesture, at a time when the project could have gone south.

Wow! The support was fantastic!
Getting the Gym prepared from empty warehouse space, was a summer-long project. Painting day was a fantastic experience. Ruud getting the cranky compressor started was a task in itself, and contributed to a late start. However a two level scaffold on wheels and two spray guns, and we gave all 10,000 square feet of wall two coats of paint in the one day. It was a long day, but capped off with a midnight swim for all at Thomas's pool.
It didn't stop with the painting, as we had to build some change rooms, and put a wooden floor down for the gymnastics floor. Carpeting was all done by volunteers, as well, and Bisenbergers were always at the ready. Tremendous support.

Can we ever forget the finished project in the Gym Club, and the parents got to test out the equipment, and jumping into the foam-filled pit? Carol surprised us all by doing a forward flip into the pit.

The Board of Directors had to have regular meetings, as more things had to be decided, so Ruud was ever available.

Thea and Carol had duties at the Gym, and carting the girls off to competitions.
I can still remember watching the girls compete up at Collingwood, and at Oshawa.These were some of the more relaxing times when the pressure was on the girls, and us parents could enjoy a night out of town.

Our daughter Pam was honored to be invited by Thea and Ruud to go to Holland with the family. It was a wonderful experience-Monique and Dan and Pam had a great time. Pam was fortunate to meet Thea's parents as they stayed with them and we kept in touch with them for many years. Thea's parents came to our cottage, also visiting us when they were in Burlington.

Meanwhile Ruud had his own problems with a bad partner at the shop in Hamilton. I can remember the studying of the prospect of Ruud going out on his own at a station up in Waterdown, and the late night reading of the meters on the pumps to verify the volume of business.

Ruud was getting into Scuba diving, and was taking a diving holiday in Jamaica with Doug Muir. Carol and I were wanting to get away one time, and went on the same excursion to Jamaica. We would watch from the boat, while Doug and Ruud were diving below. The water was so clear, that we could see them, no matter what depth it was. The swing bar was a natural conclusion to the day, and we could look over the nude beach.

Subsequently partying at the Shakespeare feast with Daman playing the King and Lynn as our serving wench, they engineered the locking of Ruud into the stocks, and allowing any women, so inspired, to get in line to kiss Ruud, while locked up. Well, every women in the place got in line.

We had a few good times with Damon and Lynn. Up at the cottage water skiing, or how about the show that Lynn was in up at the Constellation Hotel; this time they got Noel up on stage to be vamped by the four girls in the show. Not too shabby, but not quite the demonstration that Ruud put on kissing a room full of women.

How about the time the girls got into a half time demonstration at the Grey Cup game, and after one of the practices, Carol and I led Ruud and Thea up to Just Desserts for a treat. Well, I've never seen Ruud so mad, just because I went a little fast through the streets of Toronto, while he was trying to follow.

We had some good times at the cottage; learning to sail, water ski, or windsurf. Ruud teaching me how to Scuba dive. I can remember being so damn cold that we had to shower together to get warm; couldn't wait for the other to finish. Thea's parents also were up there for a boat ride. Cooking the fish we speared while scuba diving was a labour of love, for we had very little meat.

We had some holidays together in Jamaica, at Club Caribbean, that were a barrel of laughs; playing tennis early in the morning while sipping, or gulping margaritas. Learned to windsurf there. Even tried para-sailing being towed by the Jamaicans; surprised that we put our life in their hands. How about some of the volleyball matches with whites versus the blacks; loved to beat them.

We met "Big" John from New Hampshire and his wife Ann, even traveled down to Lake Winnipasakee, the oldest vacation lake in America, to holiday at their cottage, there. That was a blast, maybe the celebration was a little over the top.

Evenings of good times at Ruud and Thea's playing shuffleboard, or going over Ruud's diving pictures were good times.Always there were rum punches on tap.

Ruud's change of venue to Jamaica cut down on the times together, but we were able to stay in touch, on some of the times that they were back in Burlington.

Latterly, the more sedate games of golf occupy our times together, but there is still some good competition, and good times together.

Happy 50th. May you enjoy many more years together.


Very nice, thank you so very much Carol and Noel. Thank you for your friendship! Ruud and I hope that we will have lots of years of friendship left.Love you!

I have to add a few more pictures of the kids, and we hereby thank them too for the lovely party they gave us. We love you !

Unfortunately Saska and James could not join us at our 50th wedding anniversary. They are still in England but will move here to Canada on the 17th of  January . We are all looking forward to have you guys living here.

It was an unforgettable night, thanks again.