Our monthly demonstration in The Hague.Petition 228

The Hague, 12 November  2013
Petition: 228
Subject: Reconsider your intention to visit the Yasukuni Shrine

As far as we can ascertain the Yasukuni Shrine was established by the Meiji Emperor. It was to be dedicated to the spirits of the men, women and children who died for the Emperors of Japan. The people enshrined include not only soldiers but also civilian war dead. Many of the 2,500.000 enshrined died during World War Two. The spirits of these include 1,068 convicted war criminals of which 14 are classified as class A criminals. These are criminals who "conspired to wage war at the highest level, allowing crimes against humanity". Seven of the class A criminals were sentenced to death by hanging, four were sentenced to life imprisonment and eventually died of natural causes, one was sentenced to 20 years in prison and two died of natural causes prior to the trial by the International Military Tribunal for the Far East. To honor these criminals at the Yasukuni Shrine shows not only disrespect to the victims, but also is not in keeping with the Japanese military code of conduct.
Despite these facts the Japanese Ministry of Health and Welfare together with deputies of the Yasukuni Shrine agreed in 1969 that the spirits of these criminals could be honored and registered in the Shrine as martyrs of the Showa too.

Prime Minister,
When you and your party members pay respect to the war dead in visiting the Yasukuni Shrine one wonders whether you all realize that the visit also glorifies World War Two crimes such as the approval of enforced sexual military slavery (Comfort Women), the Rape of Nanking, forced military labor of Prisoner of Wars in the mines of Japan and at the railroads in Burma and the Dutch Indies, the civilian concentration camps in Dutch East Indies. the medical experiments of unit 731 and last but not least the brutal terror of the Kempeitai in the occupied territories.All violations against humanity by the Imperial Army and Imperial Navy by order of the Japanese government in the name of the Emperor of Japan.

Prime Minister,
You must consider these facts prior to your likely visit to the Yasukuni Shrine before year end. As Prime Minister of Japan you cannot visit the Yasukuni Shrine as a private citizen. You are there as the Prime Minister of Japan paying respect to the spirits of convicted war criminals. In visiting the Shrine you are deliberately hurting millions of people who still suffer from your country's atrocities and their consequences. You ignore the sensitivity of your neighboring countries, risking a further escalation of the current disputes.
Above all it appears that for local political reasons you do not care at all what happened in the past, whitewashing Japan's guilt and avoiding the moral obligations stemming from that guilt. We ask you to think again upon your intended visit.

We would welcome an acknowledgement of the receipt of his petition by you personaly. 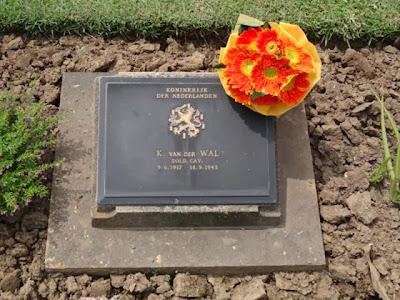 The ignorance of Japan's Prime Minister Shinzo Abe and his administration is very frustrating.
November 11, yesterday was Remembrance day. We should remember the fallen soldiers every day, every month and not just in November. We shall remember them, those who never came home and those who made it home. We remember and honor the sacrifices of soldiers who fought in past wars. They fought for our freedom, many lost their lives, the greatest price of all,"The sacrifice of Life". Incurable scars for those soldiers who came home. Incurable scars for the women and children who were interned by the Japanese in these filthy camps behind barbwire and high fences. Many died of starvation and diseases. The Japanese military was cruel.The rest of their lives they had to deal with these scars inflicted by these so called trained soldiers. Japan still has to learn what it means to be a soldier. A soldier is somebody who defend his country and it's people. A soldier is not suppose to be somebody who rapes innocent defenseless women and young children.Those are not the ones we will honor, and many of this kind of a soldier are honored in  Japan in the Yasukuni Shrine.Many of Japan's military, who ordered the unthinkable crimes to other human beings during World War Two are being paid respect by their Prime Minister Shinzo Abe.
I lost my father at the hands of these brutal criminals, who called themselves soldiers. My mother lost the love of her life. I never had the chance to get to know my father. My father experienced so much horror.I often wonder what they had done to him and his fellow comrades.My father died of brutal beatings, starvation and dysentery , worked to death building a rail road , through a jungle so dense, full of insects, snakes etc.with very little food and water. 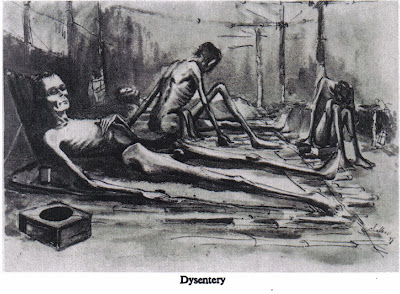 Dysentery, virulent diarrhea, Dengue fever, cholera, malaria and gross malnutrition, a surfeit of brutality, and there you have it:"A rail road line".

Now history is hazily wrapped in the past. Only some photographs are left from a happier time.I have seen my mother cry too often. I have seen internal hate in her eyes, when the name of Japan was mentioned. I have seen so much pain in her eyes,when I saw her stare in the distance. I have seen my mother and her sister with broken hearts.
War creates so much suffering that can never be fixed.
War steals us of the right to be happy it drops bombs on our hopes and dreams. War takes our fathers away from us, a Daddy who will never be able to tuck us in at night and would kiss and hug us goodnight. War creates so much sadness, it brings so much pain that will never leave. War will always leaves us with the question:"WHY"?
It's so important to realize that history is a teacher of all of us. It teaches us the errors of the past. Errors which should never be repeated. That's why we should Remember, not only in November but every day.
Lest we forget!
Life goes on. But the decisions of one generation will still be felt many generations on. The people who were put through World War Two are not the only people suffering. It's the aftermath of a war that will be felt for hundreds of years.
However Japan could make the healing process faster by facing up to what happened in the past, with Honesty. A lack of knowledge about the war's tragic aspects or insensitivity to them could be among the factors behind the Shinzo Abe administration.Be honest and face the truth. 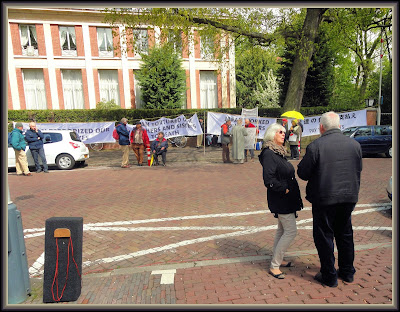 The next demonstration will be held the second Tuesday  in the month of December in The Hague in front of the Japanese Embassy.