Somebody ask me the other day, what BERSIAP means.We were talking about the war in the Dutch Indies,when Japan occupied the Dutch-Indies.I had to explain that when the war was over we were caught in the middle of this revolution the "Bersiap" period.Nationalists fighting for Independence, and we the Dutch civilians were caught in the middle.Many of us had survived the Japanese prison camps. We returned from these camps like skeletons and now we were in the middle of this chaotic time. Many were murdered by these fanatics, women, children and men.These independent fighters were monsters, brainwashed by the Japanese, to rid Asian from the blanda's. (White people)

Bersiap is the name given by the Dutch to a violent and chaotic phase of Indonesia's revolutionary period, following the end of World War 2. The Indonesian word Bersiap means 'get ready' or ' be prepared'. The Bersiap period lasted from August 1945 to December 1949.
Under heavy political pressure of the US and the UN the Dutch formally recognize the young state. 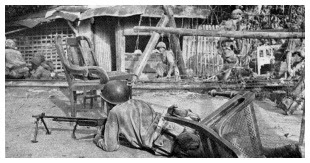 Tineke Meelhuysen was in the same camp as my mother and me in Banjoebiroe, and this is what she wrote:

"Around three o'clock in the afternoon, the camp leader got onto a table and said:'Ladies, ladies, the war is over. Peace has come.'
Everyone just kept on doing what they were doing, because they thought she'd gone crazy. But slowly we began to realize that it was true. We wanted to go home right away, but were advised not to. Some wanted to fly the Dutch flag, that too was discouraged because it was too dangerous. This was not how I had expected peace to be. It was a huge disappointment" Tineke was near the fence of the camp Banjoebiroe when she heard the news about the liberation.

This was the camp my mother and I, and hundreds of other women and children were taken by train on August 1 1945.Elizabeth van Kampen was there already with her mother and three sisters. This was one of the camps where the Japanese had planned to liquidate all women and children.To kill them all without a trace, in order of their Emperor Hirohito.
And now Freedom from the Japanese had come and we in the camps were still in danger. For us internees the most dangerous time broke out.Now we had to be protected by the Japanese who had held us captive for three and a halve years.They had to protect us from the political radical activists, who were calling for an independently Republic.Singing the national Anthem was short lived.
My mothers legs were so swollen from edema, her malaria attacks were getting worse and worse.
Every day shots were fired into the camp by snipers.My mother feared for our lives.Finally the Allies made a decision to evacuate us. To stay in this camp was getting too dangerous.

My mother Sietske Sijtsma-van der Wal was so sick at that point, that she had no idea what was going on around her. She barely survived.We were loaded on trucks with mattresses all around us, because the situation outside the camps was very dangerous it was November 1945.After years in these camps, were we had suffered so many atrocities and had barely survived, we could be easily killed by these fanatic 'trigger happy' natives, the 'Bersiap' period. 'Bersiap' literally means ' be ready' it was the war-cry of the insurgents. You heard their war-cry in the open and they called for killing all Belanda's, and exterminate all Dutch people. This had been the plan from the Japanese as well.
In the fall of 1945 it became too dangerous to stay in Banjoebiroe and the Allies determined to evacuate women and children to Semarang which lies on the coast. This transport was carried out by the British troops,which had many Gurkha's serving in World War II. The Gurkha's were very friendly and were soldiers from India. 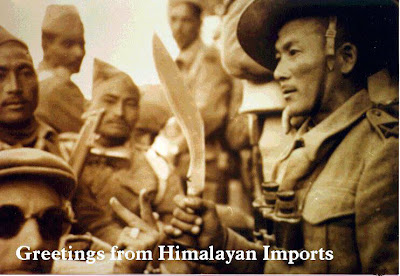 We were loaded onto trucks with mattresses to protect us from bullets.One night when there was an eclipse, we left in obscure convoy. Soldiers with riffles ready were standing between us on the trucks.We only had 40 kilometers to go, but had to stop often for punctures in the tires and 'pit stops', and we were a couple of times under fire.It was scary.When the shooting started the soldiers returned fire with so many salvo's of ammo, they were pretending that there were more soldiers on the trucks then really was the case.We were taken to an abandoned cigarette factory. Heavy armed Gurkha's were protecting us. In the distance we heard bombs going off, all night long. For years I have been scared too death for fire works. The very first time they took me to a fireworks display, they had to take me away from it. I screamed bloody murder.Even today I don't like fire works. The sound gives me goose-flesh.
The next day we were shot at again while we drove in convoy. The Gurkha's returned fire and the insurgents fled. Some bullets had entered into the mattresses, but nobody got hurt.Finally we reached Semarang where we stayed for two days. We lived on biscuits and concentrated milk.My mother and I were taken to a small airstrip, where they boarded us onto this small airplane, which took us to Bandoeng .She was so sick that they feared for her life. For three months my mother clung to life and finally recovered.March 30 1946,after she got her strength back we boarded the Boschfontein,( without her husband, who had perished on the Burma railroad tracks) ,and arrived in the Netherlands on April 25, 1946.