The Hague, 9 June 2015
Petition:247
Subject: Sound Reasoning by the Prime Minister of Singapore

The terror by the Imperial Army during the occupation of South East Asian territories is felt every day by the surviving victims. Not only by the physical pain and discomforts, the psychological after effects are even more painful and hurting. Images of the death by your loved ones caused through maltreatment, lack of medicines and bad hygienic circumstances, starvation in addition to the daily terror are not going away. The number of surviving victims is dwindling fast, but those remaining are not giving up their demands for genuine remorse by the Japanese people of today and in particular of their present leaders.

Our stories are not made up in order to obtain a redress from Japan. They are real, proven and substantiated by medical and investigated records.
Japan cannot deny these historic facts. You as Prime Minister must accept that and stop diluting past apologies by previous Prime Ministers. Japan's wartime legacy will continue to haunt Japan now and in the future. The economic costs in denying the past to Japan are substantial both in lost opportunities as well as in self-defense. You as Prime Minister of Japan on the occasion of the 70th anniversary of the end of World War Two are in the position together with unanimous support of both Houses of the Diet to acknowledge and redress the past honorably and sustainably. As made clear many times over, the Dutch from Dutch East Indies are ready to reconcile.

Your colleague the Prime Minister of Singapore Lee Hsien Loong made it very clear. "Japan needs to acknowledge past wrongs and Japanese public opinion needs to be more forthright in rejecting the more outrageous interpretation of history by its right wing academics and politicians." The sound reasoning by Prime Minister Lee should be welcomed by you as he says officially what many think both in Asia and in the Western world. There is in fact no need for a new apology, but there is an urgent need for action in accepting the consequences of the present apologies.
You can put an apology on paper, paper won't blush. But it is the redress which counts.

On behalf of the Foundation of Honorary Debts.

It has been twelve years ago that my mother passed away at the age of 84. The last couple of years of her life she lived in the past. Always thinking about her first love, always talking about that wonderful life she and her first husband had in the former Dutch Indies.( now called Indonesia). Then suddenly she would change into a very somber mood, when the darker side of that time entered her disturbed mind. Getting very angry at the world.This world that didn't understand , this world which would not understand what she and her sister had gone through during that horrible time when the Japanese invaded the former Dutch East Indies, and took away everything from her and her sister.The hunger, torture and abuse by these Japanese soldiers, who were so cruel and so very mean. Her tales of cruelty whilst in these Japanese prison camps trying so desperately to survive, would not be heard by anybody.. Her anger towards the Dutch government who she felt so betrayed by upon her return to the Netherlands.These physical ailments have plagued her entire life.
The constant stories she had to listen too, about how bad it had been in the Netherlands during that time, when the Germans occupied Europe. How could she have suffered more than her fellow Dutch men, after all you lived in Paradise is what they would say to her. She would just kept quiet. My mother coped with the horrors she experienced in these camps through sheer determination, trying to erase all the horrible things she and her sister endured at the hands of the cruel Japanese soldiers.But how can one forget what these monsters did to her and her sister. They had to go on living for the sake of their children. Although her sister had tried to take her life while in camp Moentilan on the island of Java.Her sister had given up, she told my mother; we are all going to die, I might as well end it now.Her sister had lost her husband 7 days after the war had started.He lost his life on the submarine the 016, which was found on the bottom of the sea in 2005. The submarine had run on a mine and all 42 crew members but One lost their lives. She and her husband had just been celebrating the knowledge that they were expecting their second child. A daughter was born, ironically on her husbands birthday in May of 1942.Three months later we were all locked up behind barbwire and high fences.We were now numbers and not human beings anymore in the eyes of the Japanese.Even the children and babies were numbered.We had to register and my mother and I received number  526 and 527 for which my mother had to pay a hell of a lot of money. We were told daily that we belonged to Japan and we had no homeland anymore. We had to bow for their flag the"Rising Sun", the white flag with the horrible red spot in the middle.In the eyes of the women it was the flag with the red bloodstain in the middle, and for the rest of my mothers life she hated this flag and anything what had to do with Japan.Food in the camps had been scares. Many died of starvation and malnutrition. Undergoing three and a half years of abuse, beatings, rape and working the vegetables gardens from the Japanese in the blazing sun, had taken away years of my mothers life. These years were taken away from all these innocent women and children.Our childhood taken away. Seeing your mother being beaten in front of your eyes made a big impact on us the children for the rest of our lives. Our mothers tried hard to erase these horrible memories.For most of it they succeeded, but now when we get older it seems like everything what we had tucked away comes back. Going through a war and being a war victim is like getting a life sentence in prison.
For many years now, every second Tuesday of the month a demonstration takes place in front of the Japanese embassy. Not many people who suffered so tremendously during the occupancy of Japan in the former Dutch East Indies are alive today.But those who are still alive today and are able to travel to The Hague and stand up for their rights , are not giving up their demand of  JUSTICE and an genuine apology by the Japanese people and present leaders.
Japan stop pretending that it didn't happen. Your former Japanese military behaved like monsters during World War Two, which Japan started. You pretended to save Asia for the Asian people, which was a lie.You, Japan has to admit that Japan was trying to conquer the whole of Asia.Many millions of Asian people suffered and perished during your so called propaganda of saving Asia for the Asians, with your lies. And as of today you Japan have not learned how to tell the truth, you are still lying!!!!!Lying about Japan's past. You Japan are a bad example for the younger generation of Japan.Shame on You!!!
We the children will and cannot ever forget what your military has done to our mothers and fathers, sisters and brothers.We will remind you for as long as we live and it will haunt you forever.

After three and a half years in captivity my mom was in Hospital for three months. The above picture was taken after she was released.INDONESIA 1946.
Many Japanese war criminals continued to occupy powerful positions in industry and government after the war. Japan enshrined their war criminals in Tokyo-is an act that one American wartime victim of the Japanese has labeled politically equivalent to  "erecting a cathedral for Hitler in the middle of Berlin."

Our voices will no longer be silenced! 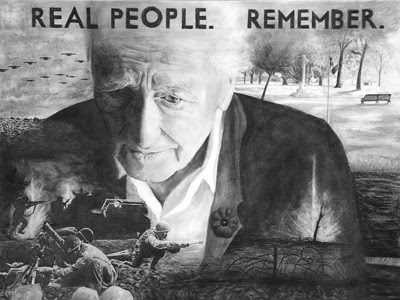