This spring we went to the Netherlands again to be with family and friends. As always we make a trip to Kolhorn a small town in the North of Holland to visit my favorite Aunt Anneke and my favorite uncle Kees.
My Aunt brought out a box with old photographs and soon we lost ourselves into the past..The pictures we found in the box had belonged to my Aunt's mother my grandmother, and of course my mother's mother. Before we knew it was time for us to hit the road again, back to Zandvoort. When we said our goodbye's my aunt said to Ruud;"'you can fix pictures, why do you not take the pictures with you" .So we put them in an large envelope and off we went back to Zandvoort.This was April and just a week ago Ruud said lets have a look at the pictures your Aunt Anneke gave us and I see what I can do with them. Now it is October and last night he gave me some of the pictures he had fixed up. One picture was of a grave. So I look at it and see the name Sietze Stenekes. Now my grandmother's maiden name was Stenekes, so I did not think much of it and thought this must be a brother of my Oma (grand mother). Than I am looking again at the picture, and I start to stare.This is what I am reading on his tomb; died serving his Fatherland on November 10, 1942. Than I see the place where he was buried and thought that this is one of those town's in the province of Friesland. Last night it was already 11 o'clock and I got curious. So I googled the name of the town: Barreirinhas, and his name Sietze Stenekes. Well I was in shock. I read that my Oma's (grandmother) had served on a ship the M.S.Zaandam and that my uncle had died when they were torpedoed by a Japanese submarine the U 174. Then I started to read the story and I got goose pimpels, and I like to share it with you.We never knew about this tragedy. People did not seem to talk about it. They got on with their lives and looked at the future. But Oh... how they must have hurt and feel the pain. I am glad that I found this story, so this legacy can live forever in our families and in the future generations. Rest in peace great-uncle Sietze.Not forgotten, your story will be told.
Barreirinhas is a place in Brasil.
He was still young on the picture , the only one we have. He was 56 years old when he died.This was my great-uncle, the brother of my Oma (grandmother) and the uncle of my mother. 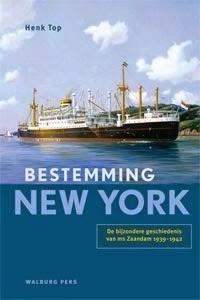 This is the book Destination New York. It's a reconstruction of a short but unbelievable tale of history of the ship "Zaandam" during WW2.

The book tells the extraordinary story of the captain, crew members and passengers of the Dutch passenger ship  Zaandam of the Holland -America-Line9hal) in the beginning of World War Two.
In the fall of 1939 the Dutch vessels brought in more passengers, far above their regular capacities. Hundreds slept on mattresses in cabins and public rooms.This process brought to The Netherlands  the first hot breath of the war and the newspaper publicity on the arrivals of the ships in the United States was tremendous.Movie stars, diplomats,prominent business men and even royalty, were forced to travel under makeshift conditions due to the overcrowding. Several ships were stopped at sea by fighting countries, some by German U-boats and other by British war ships.

On route to the Dutch East Indies (Indonesia)

During the German invasion of The Netherlands on May 10,1940, the Zaandam was somewhere in the Atlantic Ocean on its way from New York to Cape Town with passengers and cargo. The final destination was Batavia (Djakarta) in the Dutch East Indies (Indonesia). Captain Stamperius had received orders to bring his vessel in the New York-Java Line service. Far from home, but quite safe, ship and crew sailed the year that followed in the Pacific Ocean.On the ship was my great-uncle, sailor Sietze Stenekes.

The situation in the Pacific changed on December 7th, 1941, when the Japanese attacked Pearl Harbor. This attack was also the start of their military operations in South East Asia. It was the second major catastrophe for The Netherlands, because the Japanese were on their way to conquer the Dutch East Indies.
The day after Pearl Harbor was attacked; the Zaandam was almost ready to depart from San Francisco for Singapore with a hundred passengers and a full cargo.Sailing orders were cancelled and on the 14th the Dutch Government requisitioned the ship's services and transferred her to the Commandant of Sea Forces at Batavia.
This was the day that the first U-boat the 016 was lost and run on a mine. The submarine my uncle was on. The first casualty in our family, with more tragedies to come.

On December 22 a bedraggled Dutch sailor was found by an Australian patrol, trudging toward Singapore in the helpless procession of native refugees fleeing the advancing Japanese. Brought to Naval headquarters, Cornelis de Wolf had an incredible story to tell.
He later visited my Aunt Eke van Driel-Sijtsma at her home in Soerabaya, and told her that her husband had not suffered. When  the 016 ran on a mine the ship exploded and sank quickly .A very sad message to deliver to a women who was 4 months pregnant with her second child in the middle of all this chaos and the Japanese advancing to Java.Her husband gone, and one child who was going to have his 4th birthday in May when the baby was due, she was utterly lost. Thank goodness she had her sister, who had come from Bandoeng to be with her. Together they might come through all of this sadness and madness. They had no idea what was to come, and that they would be locked up for three and a half year by the Japanese. They survived, but the war would never leave them.

The "Zaandam" in the meantime sailed on December 26th, with her cargo, but during the delay, a four inch gun and two anti-aircraft guns were installed on board, as well as protection for the bridge and the radio room. Third officer Willem Broekhof was trained in San Francisco and became the gunnery-officer.Two sailors were trained  as gunners. While on their way twelve more crew members were trained it turned out that this had been a wise decision,
The route was via New Zealand and the south of Australia to Oosthaven on Sumatra. In the meantime the Japanese

Today Friday the 25th of August 2017, my Father Klaas van der Wal, who died fighting for our Freedom, will be presented with the Mobilization War-Cross. Our Son Dan will accept the medal in honor of his Opa. In honor of my Dad I wrote this poem. 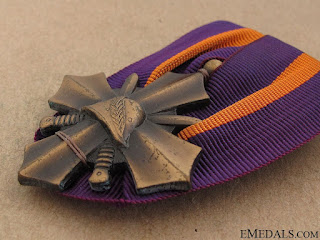 YOU ARE MY DAD, AND I AM YOUR DAUGHTER.

You are my Dad, and I am your daughter,
Years have gone by, and memories fade,
But we never forget the price you paid.
A Jap-Prisoner of War is what they claim,
A War-Cross is all there will remain
One will never know the price you paid,
You gave of yourself, a sacrifice you made,

You are my Dad, and I am your daughter,
A child, caught between the crossfire of a battle "called life",
A senseless War, a stupid fight,
You were a Jap prisoner of war,
And the child was asking Mommy everyday ,
When is my Daddy coming home to play?.

I am your daughter, and you are my Dad,
I was only one year old,
A child , who's father on duty was called
You kissed your wife and child goodbye,
Not knowing it would be our last farewell
War drops bombs on our Hopes and Dream,
Leaves us with nightmares and lasting screams.

I am your daughter, and you are my Dad,
A father to battle he went, a Dad who never came home,
And left a wife and child, who had to go on.
A war brings sadness all around,
And husbands and fathers who die on foreign ground.
A war which creates children whitout fathers
A war brings sadness and tears for our mothers.

I am your daughter, and you are my Dad,
You paid the price, too high the cost
For mother and child too much was lost.
A mom who found it hard to say "Goodnight"
Because she knew it scared her child's mind.
With things she tried so hard to erase,
It created silence, and only grief on her face.

I am your daughter, and you are my Dad
You paid the ultimate price, too high the cost,
For father and child too much was lost.
Unknowing this child carried the scars,
Do we ever come to terms with the past?
A war will end, the living will mourn,
All for Peace but what was is it all for???

You are my Hero, my Dad, and I am your daugther
And in my tearfull eyes of sorrow,
You will always be in my thoughts today and tomorrow.
The price you paid , we will always remember,
Not only the day you died,on the battle field in September,
Today you will be honored with this tiny cross
A medal , a token , to commemorate our loss.

I am your daughter and you are my Dad,
A young man, like so many others,
Forever a heartbreak to my mother,
Can one ever understand the pain.
A war where people went insane!
A war where tears ran dry,
A question always asking WHY?
Your memory is our keepsake
With which we'll never part,
Those memories we are keeping,
Forever in our Hearts.


This poem written by Thea van der Wal to honor my father Klaas van der Wal on this special day. 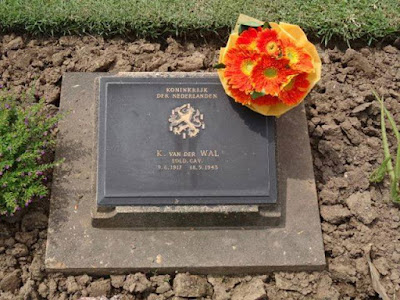 My Dad died on September 18, 1943. He was a KNIL soldier. He was a POW,  he fought for our Freedom and gave his life for our Freedom..He died as a Japanese forced slave laborer, building the Birma railroad through the jungle, and died due to  exhaustion, starvation and torture.

Today August 25, 2017 my father will finally be recognised with the Mobillization War-Cross.
Lieutenant-Colonel (RNLAF) Christa Oppers-Beumer defence Military Naval and Air Attache of the embassy of  the Kingdom of the Netherlands in Ottawa Canada together with Lieutinant-Colonel Oppers will present our son Dan Bisenberger with the medal of honor for his Opa.

This day will forever be a day we will never forget. With this medal we will also honor my mother, his Oma, our Hero. She risked her life to keep me, her daughter alive when we were in these horrible concentration camps for three and a half years.We were finally freed from our tyrants on August 15, 1945.