Our monthly demonstration in The Hague


Excellency,
We, children then but now in our eighties and seventies, had to endure the evil of the Japanese military occupation of Dutch East Indies during World War Two. We know and painfully feel our past. We know how it was to endure hunger, maltreatment, enslavement and to be forced to see the humiliation of our mothers, sisters and brothers. We know how it feels not knowing what happened to our fathers,kept in separate captivity. It cannot be a surprise to you that we do not respect and cannot forgive those who gave the orders to maltreat us and ultimately the order to kill us all in order to hide the war crimes of the Japanese military.

Prime Minister,
We cannot understand that the children and grandchildren of those who issued the orders for war crimes are not ashamed of their parents. We cannot understand that these same people are being glorified and that their war crimes are honored. It is sickening to deny their evil past and have no compassion for those who suffered so badly. There is ample proof of the direct involvement by the Japanese military in coercing women into sexual slavery, which did untold emotional and physical damage. There is ample proof that Japanese military ignored behavioral conventions, were instructed to maltreat us all and conduct war crimes on a large scale. There is also concrete proof that the Japanese military were instructed at the end of the war to kill all captives to hide the war crimes which they knew would be uncovered.

Prime Minister,
The Japanese leaders of the war period lost all respect for humanity. The present leaders must accept that and must not try to rewrite history. There is and there will never be honor in glorifying the Japanese military behavior during World War Two. It would be honorable for the present leaders of Japan to admit it and not to glorify the past. The good people of Japan must be informed about the past. We believe that they will appreciate honesty, and honor and accept the moral commitment stemming from art. 14 (a) of the San Francisco Peace Treaty: "It is recognized that Japan should pay reparations for the damage and sufferings caused by it during the war." Educate the people of Japan and communicate to them the truth. Stop ignoring the past and above all be honest in knowing your past.

We would welcome an acknowledgement of the receipt of this petition by you personally.

Just received by e-mail this no.231 petition which was handed over to the Japanese Embassy in The Hague. Every second Tuesday of the month a demonstration takes place and so far 231 petitions have been presented to the Prime Minister's of Japan.
I wonder does Japan really care about the past? Do they really like to make it right?  I really admire the people who every month travel some times for two hours by train to be able to attend this demonstration in The Hague. One such person is a lady I know very well and we ( my mother and I her sister and two children) had been in the same Japanese prison camp during the war. She is now 87 years young, she and her mother and two sisters were like us in Banjoebiroe 10.on the island of Java, Indonesia (formerly called The Dutch East Indies) Her father was murdered by the Kempetai, my father died a horrible death, building a railroad line through the jungle of Thailand as a Japanese POW slave laborer. The infamous Birma railroad line, where thousands died, worked, starved and beaten to death by the Japanese military.And she like me would like to live to hear a sincere apology and remorse for the death of so many innocent people from the Japanese government.But it seems that this government doesn't give a damn about their past.Japan fought a  most ruthless war, leading thousands and thousands to die a grisly death in the name of the Emperor of Japan, of greed and secrecy.The emperor of Japan their "God" appointed his brother Prins Yasuhito Chichibu to head a secret organization called "Kin no Yuri"("Golden Lily)  of gangsters, who plundered and looted and killed their own people to stash away the plundered treasure. What happened to the plundered treasure after 1945, it's really remarkable how Japan recovered so quickly after the war.Japan the Gold Warriors.Much of the stolen wealth was taken to Japan, some to pay for the war, but most to slate the greed of Japan's elite. The Emperor Hirohito and his brother Chichibu should have been recorded as the world's most ruthless and avaricious bandit's of all time. Instead they lived a pampered life, while the real victims of this terrible war  lived the rest of their lives with trauma's and nightmares to deal with.Trying to make a living again, with nobody to help them.


On the left my dear friend Sheena Hartley from England, who will always attend the demonstration when we are there from Canada, Next is me (Thea), Elizabeth and my sister in law Carla Hoogendijk who every year drives us to The Hague.

We all meet at hotel Bel Air for lunch and discuss the daily event. Mr.J.F. van Wagtendonk and Brigitte Halder will inform us what happened at the Embassy. It's nice we are offered loempia's and some other Indonesian dishes.


Memories indeed are there to be transmitted, its important that we share them for generations to come. If these memories are not shared, they will be forever lost. People often do not understand how 'breakable' a memory is.

One such person who knew how breakable our memory is... was Eisenhower. General Eisenhower warned us. 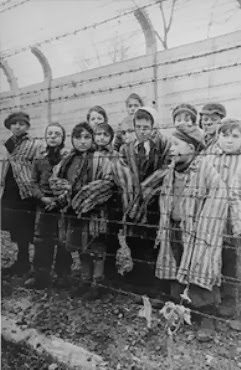 It is a matter of history that when the Supreme Commander of the Allied Forces, General Dwight Eisenhower, found the victims of the death camps he ordered all possible photographs to be taken, and for the German people from surrounding villages to be ushered through the camps and even made to bury the dead.

He did this because he said in words of this effect: 'Get it all on record now - get the films - get the witnesses - because somewhere down the road of history some bastard will get up and say that this never happened"

Japan likes to rewrite history and  the UK debated whether to remove the Holocaust from its school curriculum because it 'offends' the Muslim population which claims it never occurred. It is not removed yet.....However, this is frightening portent of the fear that is gripping the world and how easily each country is giving into it.

It is now more than 65 years after the Second  World War in Europe ended. In memory of the 6 millions Jews, 20 million Russians, 10 million Christians, and 1,900 catholic priests who were murdered, raped, burned, starved, beaten, experimented on and humiliated" while the German people looked the other way!

Now more than ever, with Iran, amongst other, claiming the holocaust to be ' a myth ', it is imperative to make sure the world never forgets!! Like Japan is still denying their atrocities committed during World War Two.Japan just like their partners in crime( Germany and Italy), during World War Two, committed the same atrocities on the other side of the globe and still deny that it happened.Japan still denies that their military did nothing wrong to innocent women, children and civilians.What's wrong with these people? Are they such good liars?
====================

The holocaust on the other side of the Globe

It's a shame that no photographs exist that show the atrocities in these concentration camps where Dutch women and children were starved,beaten, raped, experimented on, killed and humiliated.It took more than five weeks after the end of the war for the British troops to arrive and secure the camps. In the meantime the Japanese had destroyed all evidence.They even handed out the red cross food packages which they had denied us all those years. 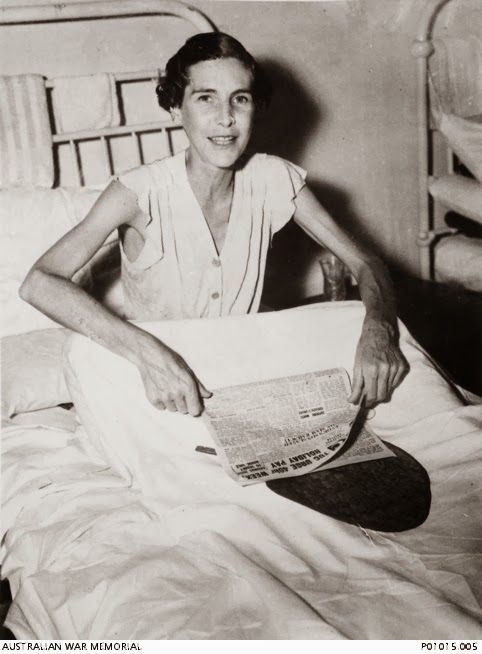 During the war the Japanese guards did not allow any persons from out side these camps to come even close to these fences. If some body got caught being to close near these fences they would receive a severe beatings, even children were not immune from this they would be punished or their mothers. 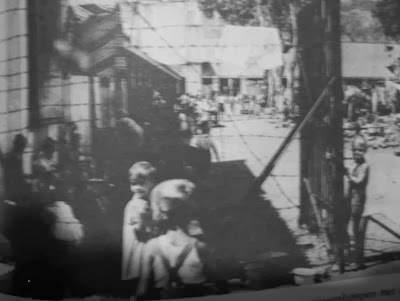 Some time at the end of  September a couple of photographs  were taken from Camp Banjoebiroe 10 in central Java, in the Dutch East Indies (now called Indonesia). 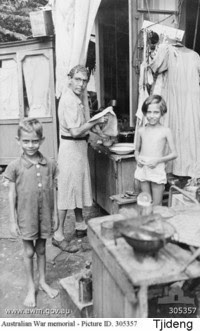 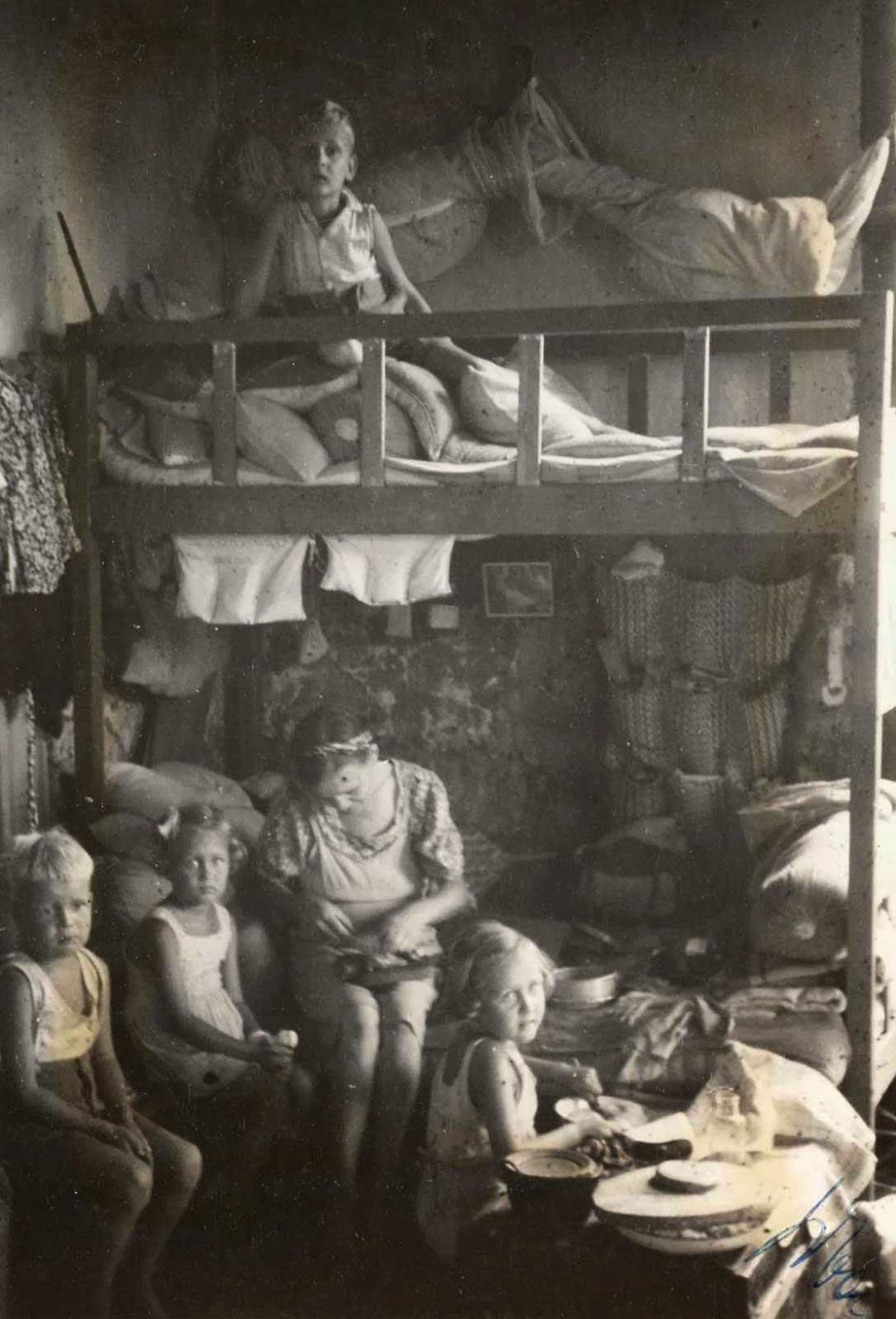 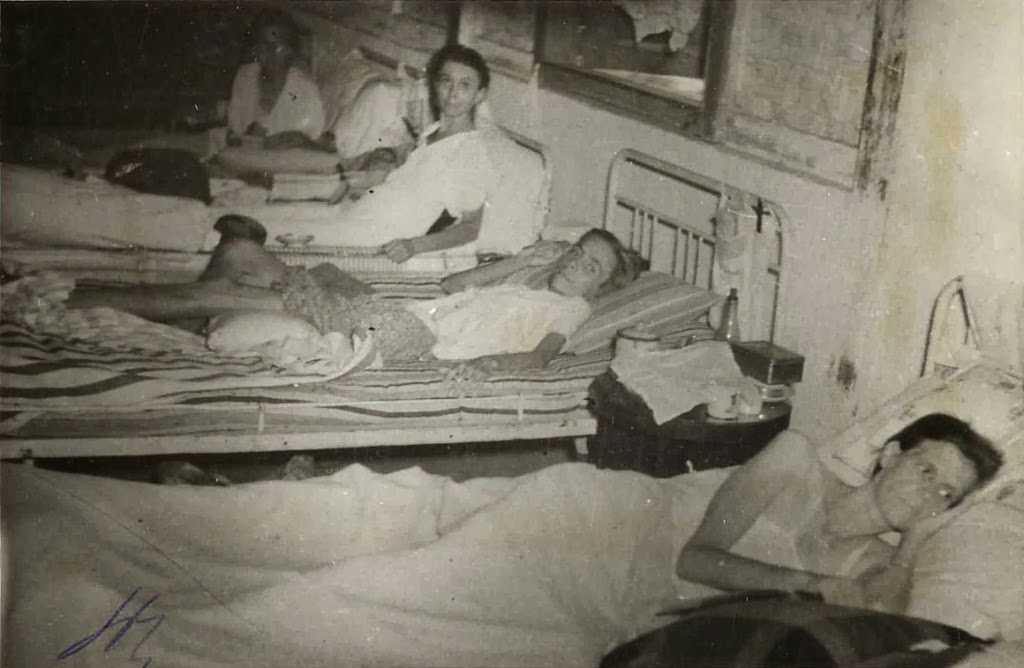 These photographs were taken by Lady Mountbatten, the wife of Lord Louise Mountbatten, Supreme Allied Commander of South-East-Asia.


With the Japanese guards vanished and allied troops or relief organizations yet to be on the scene, Banjoebiroe 10 was in a disorganized transition, although much better than under the Japanese. We were not fully free yet. Another danger was luring outside the camps. We were unsure what to do, where to go. Most of the women were still to weak and many were sick, like my mother.It took till the end of November 1945, when we finally were transported to safer places by truck.
What will the future look like? Can we go to our homes, or what's left of it. Little we know. We had no homes to go back too. We only had the clothes we were wearing, so many question, where are our men are they still alive? Many of us had no daddy anymore and we were so desperate to see them again. What did we know, we were only children. We did not know anymore how our daddy's looked like, except for the older girls and boys. Only heart break was waiting for us, where we were going.
This is what makes me so mad, when I think about that time. While we had nothing to back too, our houses plundered by the Japanese, no money, no father waiting for us, the Japanese government were laying in their own beds, between crispy clean sheets and plenty of food to eat.The emperor of Japan with their government got away with murder and lived the rest of their lives a pampered life with no guilt feelings  and no remorse for all the atrocities they inflicted on innocent women and children.Our lives were shattered!
The perpetrators got away. It's very painful to think about our past. How brave our mothers were and what they endured. The Japanese military were evil and all in the name of the emperor Hirohito. 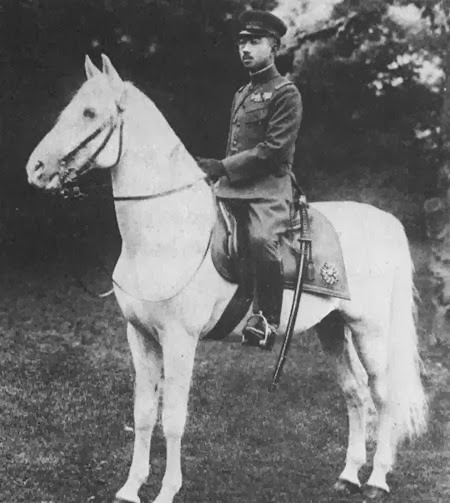 All this evil man could do was riding around on his white horse and order the Japanese military to do his dirty work..Steal, plunder, loot and kill every body who stands in your way.
We would really like to hear from this government of Japan that they feel remorse and sorry about their past, but instead you Mr. Prime Minister Abe Shinzo, you go and mourn ,honor, and glorify the behavior of your military from the past. They are nothing but war criminals. Shame on you!

Current Japanese may have been transformed and became truly peace-loving people. However, Japan has been a villain in East Asian history and Japan has failed to convince her neighbors and the world that they became a good neighbor. This mistrust is the root cause of current animosity in East Asia.

During the last 500 years, there were three major wars in East Asia.Three of these wars were initiated by Japan which tried to conquer Korea and China.
Japan refuses to recognize its depraved history of imperialist aggression, expansion and colonial domination.