Japanese brutality at it's worst.

On June 1943, the Japanese commandant of a jungle camp, situated at Kuie,(Bangpong-Tambeziat railway) handed over 55 British to SGT:E.C.Yates. They were all members of the ill fated F and M forces, which left Changi (Singapore) in March-April 1943. When handed over to Yates the men were badly exhausted by marching and lack of food. They had been collected at a small jungle camp some 4 km from Kuie on the jungle road. They were covered in mud and filth from head to toe, and had reached a state of physical exhaustion, very near collapse.
Accommodation at Kuie (this is the prisoner camp where my father died ) was meager indeed,"25 men to each hut, designed for 6 men" The men were therefor mixed, one here, one there, with the Dutch already in the huts.Through five months of continuous rain fall and despite every sort of petty and worse interference from the Japanese, cholera struck the camp on July 15th 1943. Many men died.
During the construction of Hell Fire Pass about 13.000 prisoners of war died, mainly of sickness, malnutrition and exhaustion and were buried along the railway. They died in the thousands, twelve months earlier they were fit healthy men. Now they were like walking skeletons. 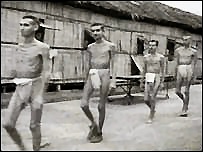 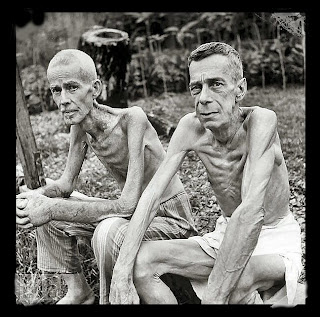 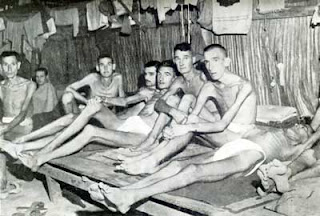 
Cuttings along the railway varied from shallow earth to deep rock. Konyu Cutting, or Hellfire Pass as it is known, is the deepest and largest on the entire length of the railway.
In April 1943, work commenced to excavate the cutting. A workforce of prisoners of war began the task of hacking back the jungle, removing the loose earth and drilling in rock by hand. Little machinery was available. Most of the drilling work was done by the 'hammer and tap' men, a process whereby one man would hold and rotate a drill or 'tap' while his mate hit the head of the drill with an eight to ten pound hammer.
When the hole was deep enough, explosive charges would be used, the broken rock removed by hand and the process began again. The process was slow.
As work fell behind schedule,and 'speedo' was called, the work rate intensified. Work shifts lasting up to eighteen hours drilled, blasted and removed rock in a continuous operation.
At night, the cutting was lit by fires, lamps or diesel torches. The eerie light and shadows of guards and gaunt prisoners of war playing on the rock walls suggested the name the site was given-HELLFIRE PASS. 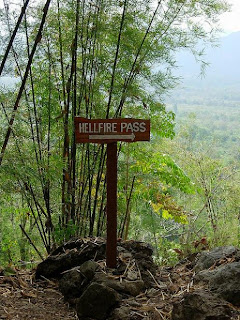 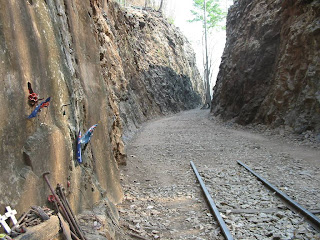 The railroad track was completed in October 1943: My father Klaas van der Wal did not make it, he passed away on September 18 1943.He died of total exhaustion and malnutrition.
His friend who survived came to tell my mother, that his last thoughts were for his wife and child.He was so sorry he could not go on.He was buried along side the railway tracks in Kuie. 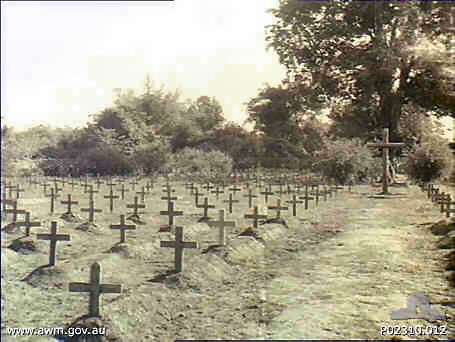 From day one most men had malaria. They(the Japanese) did not give a damn, if you lived or died, because there were plenty to replace you.Japanese commander told prisoners they had to complete the section of the railway within six month or he would commit suicide and they would die.

Nowadays, as you wander around the finely kept grounds of the cemeteries holding the prisoners remains, you can't help but notice how young some of the prisoners were, when they died. Many were in their late teens and early twenties, and it was probably their first time away from home. What a tragic way for so many young men to die. The Japanese were so concerned with getting the railway built quickly that they gave little or no concern to the welfare of their prisoners. They thought it was a fabulous piece of engineering that the railway was completed fast. 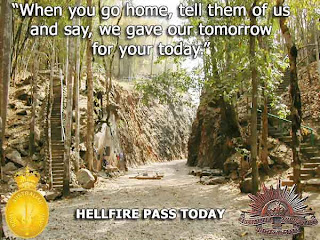