Piet Siffels was only 29 years old when he perished along with 5382 other men off the western coast of  Sumatra.His sister Adriana Bisenberger-Siffels never saw her brother again. For years they did not know what happened to him.
Piet Siffels was with the merchant service Amsterdam. His rank was 5e sergeant mechanical engineer.
Piet was taken prison by the Japanese when the war broke out in the pacific.

On September 15 .1944. Piet with 5619 Dutch, English, Australian and American POWs and Javanese slave laborers boarded the "hell ship" Junyo Maru. On September 18,1944 this Japanese cargo boat the Junyo Maru was torpedoed off the western coast of Sumatra.The prisoners were on their way to Padang to be put to work on the Pakan Baru-Muara Railway line in Sumatra. Not as famous as the Burma Railway line, but just as deadly.

On board were cramped, 2300 Dutch, British Americans and Australian POWs and 4200 Javanese slave labourers (Romushas)

Of the 6500 reluctant passengers, some 5620 perished in the waters, the biggest disaster of World War II.

For the 880 that made it to shore the 'price for survival' was to work as slaves for the Japanese on the railway line in Sumatra.

About 100 Dutch nationals survived the sinking of the Junyo Maru, and 10 of these men died on the railway.

The Junyo Maru left Tanjong Priok the harbor of Batavia (Jakarta) on the 16th of September 1944.( the same harbor where my mother and I would board a ship two years later, to take us to The Netherlands). On the 18th of September 1944 the ship was torpedoed and went down(Remarkable the same date my father died on the infamous Burma railroad tracks, a year earlier, September 18.1943) 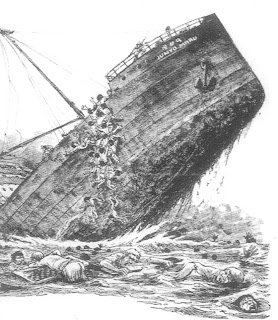 At the site of the sinking off the coast of Sumatra.

On the 4th of June 2000 a moving ceremony took place to commemorate the sinking of the Junyo Maru. At the location where the incident took place nearly 56 years earlier, three Dutch frigates, a Belgian supply ship, and an Indonesian warship in formation, formally paid their respects to the victims of that tragedy through the laying of wreaths on the waves of the Indian Ocean. The wreaths, containing the names of the casualties, were lowered into the waves of the Indian Ocean. 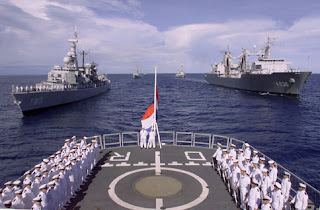 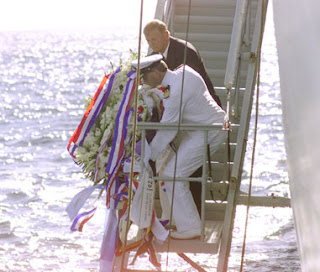 I wrote this on my blog for a relative of us, who lives in France,and married a Bisenberger. Adriana this is for you and your brother. When we came to visit you in France, last year, you told me about your brother and that you knew very little what had happened to him.It is unbelievable that your brother died exactly on the same date, September 18 a year later then my father. The ship went down on the 18th of September 1944 and my father had died on the 18th of September 1943 on the Burma railway tracks. Still more a coincident that I (Thea) am born on the exact date as your brother was born, June the 3th, so was your brother; June the 3th 1915.May he rest in Peace.

There is a plaque at the "Ereveld Loenen" at Groenendaalseweg. Loenen(Apeldoorn) the Netherlands.
Apeldoorn is a twin city of Burlington Ont. Canada where I (Thea) am living. This I find a coincident as well. 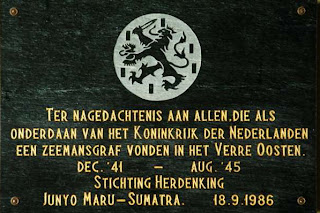 Translation: In remembrance to all, who found a seaman grave in the Far East as a national from the Kingdom of the Netherlands.

NOT FORGOTTEN!
Sea graves...graves at sea,
it's said my father's in one too;
so I'd like to lay some flowers,
but that I cannot do

so deep's the ocean, where is his?
this thought I often ponder;
a terrible thing to spend a life
on thoughts like this, and wonder

long ago, we were just kids,
he left to fight a war;
and left a family in shambles
when last he closed the door

I r'member boots...a green beret(?).
like a real soldier did he look,
but I'll always hate that ugly war,
'cause all of us it overtook

as great a soldier he might've been,
one day they all were caught;
in camps and slav'ry they were put,
then onto ships were they brought

who knows where to his ship had sailed,
'cause no one ever knows...
the ship had never reached its goal...
here's how the story goes...

it sailed the sea, the Java Sea,
in September of forty four,
as slaves they were to build the rails,
so the japs could fight their war

it crossed the water, this hell-bound
ship,
the weather good and clear,
with thousands of POWs down below,
in constant, awful fear

all cramped in there, for lack of space,
they stood there, knee to knee,
they often must've prayed to God:
"oh God, where, where art Thee?"

so..., treated worse than animals,
and often cruelly beaten,
thirst and hunger did they suffer,
as for days they hadn't eaten

then there was a change in scene,
a periscope down yonder,
a british ship, a submarine,
the "Tradewind"...warfare's wonder

the Tradewind's crew, all trigger-crazed,
...no questions asked..., took aim,
"Torpedo!...Launch!..." was
commandeered,
with cheers they left,...and took no blame

the Junyo sank and took them down,
who's to know the chaos then,
the panic and the horror that they felt,
there simply was no help for them

thousands drowned, in shark-filled
waters,
just few had luck and would survive,
I can't imagine what the scene was like,
so many died...devoured alive

bodies found, though many not,
they're chaulked off as M I A;
father was among the missing, too;
in seven years "he's dead", they say

my Moma, well, she rests in Peace,
she waited long in sorrow;
until the day that she, too, died,
she'd say "perhaps tomorrow|"

now I'm left here, old and bitter,
those japs not yet forgotten,
for all the misery that they've caused,
I think they're worse than rotten

those men with swords I can't forget,
we all know who they are,
they killed, they raped, and took away
and left us all with many scar

I know, our Teacher taught us so,...
to love and to forgive,
but distaste for them I'll always have,
for as long as I shall live.

we hoped that father's come back one
day
to help and raise the bro's and me,
but sad enough that was not so,
for that day was not to be

a cross I hold, an 'honor' thing,
it's small and made of brass,
'twas given to the family,
in hopes the pains would pass(?)


For Piet Siffel, brother of Adriana Bisenberger-Siffel and for my uncle Tobias van Driel, 016

For my father Klaas van der Wal who died a terrible death on the Burma railroad tracks, Thailand.

May they all rest in Peace......soldiers not forgotten!

All the above I found on the internet.There exist a list of all the names of the men, who died that day, when the Junyo Maru went down.
Posted by Thea at 6:30 AM