Today demonstration at the Japanese Embassy


While I wait for Elizabeth to contact me I will write a little bit more about The Bridge Over The River Kwae. 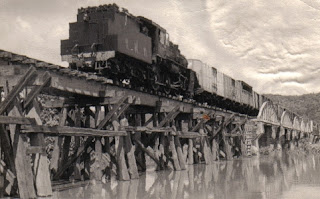 This bridge is known to most people through the movie, where a British Force 136, could muster and risked their lives to plant explosives on the bridge the Allied prisoners of war built for the Japanese.

Here the story is somewhat different from the movie.

The true history of the "Death Railway" is that the prisoners built several bridges at the site of the present steel bridge. 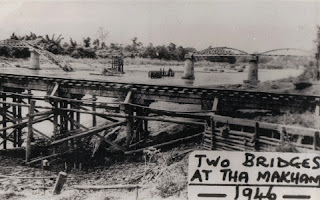 All three bridges were bombed not by British underground agents but by British Air Force planes.
Two wooden bridges were built by British, Dutch,and American prisoners of war.My father was one of them.
The railway bridge is still used by the Thai State Railway, which runs a passenger train to the end of the line, Saiyok once a day. The train leaves Kanchanaburi(where my fathers grave is) on the River Kwae at 6.00 a.m. and returns in the evening.

Excellency,
The "Grandmas" of Seoul will demonstrate for the 1000th time on Wednesday14th December 2011 to underline their request for respect and recognition for what they had to endure during Japan's occupation. The plight of these then young girls and women being forced into prostitution was never understood by the younger Japanese generations. We believe that the Japanese people, as mentioned in our previous petition, would be deeply ashamed after learning what the Japanese military did to these women in Korea and elsewhere. We sincerely hope that you will take notice that there are still a number of the so called Comfort Women, including Dutch, alive, and that you pay respect to them. For them and all those who suffered personally from the Japanese military we demonstrate today and remember them always.

They continue to constitute the naming and shaming of Japan.

Prime Minister,
The voluntary Asian Women's Fund was an attempt to draw the Japanese people's attention to the horrors of war. In particular the Japanese role during the Asian Pacific War. The Fund was a way to say sorry for the shameful conduct by the Japanese Military in organizing and operating brothels all over Asia, brutally forcing local women to provide "pleasure" to the Japanese Military in their Comfort Stations. The Japanese war cabinet supported this initiative. Later, after the war, the Japanese government did not correct this initiative nor did they directly admit these crimes against humanity nor compensate the victims of these crimes individually.

Like the holocaust these Japanese crimes will never be forgotten. Time and again we have suggested that the government of Japan pay respect to the victims; e.g. by instituting a comprehensive and compulsory education program at Japanese secondary schools and Universities. Ultimately the Japanese people will then learn and understand why the Chinese, the Koreans and the Dutch are reticient in accepting Japan's gestures. Today's politicians of Japan must act and basically extend the Peace and Exchange program to include the education of the citizens of Japan. We strongly recommend that you instruct the Minister of Education tp institute such a program.