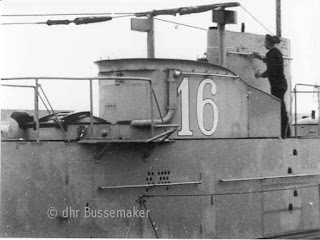 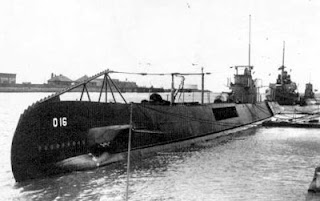 Today December 15, it is exactly 70 years ago, that the 016 was struck by a mine while she was exiting the Gulf of Siam during her home-bound voyage to Singapore.The submarine was nearly broken in half and 41 men are lost. My uncle Tobias van Driel was one of them. He was a petty-Officer Electrical Mechanic. My aunt and uncle lived in Soerabaja on the island of Java, Indonesia.
Boatswain Cornelis de Wolf, survives. The 016 had sailed right into a Japanese line of mines.
In October 1995 a wreck, located off Tioman is identified as the Dutch submarine 016.
A Singapore dive expedition filmed and documented two Dutch submarines lying on the seabed off Pulau Tioman in Malaysia. The 016 and K 17, relics of World War 2, are the watery tombs of about 70 officers who drowned when the submarines were sunk in the South China Sea by Japanese mines. Both submarines were based in Singapore under the British eastern fleet command, when they run on a Japanese mine,exploded and sunk on December 15, 1941.
A Singapore team have filmed the two sunken Dutch submarines and the film footage is offered to the Singapore History Museum. 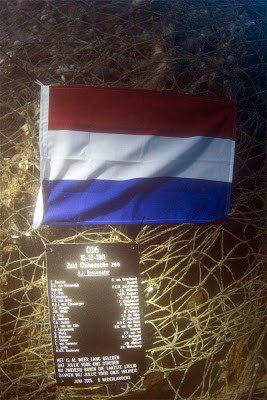 Today was a historical day. Today 130 students and nearly 200 Toronto teachers, school trustees and social justice advocates-plus 100 more from Ottawa- did present a written request to the embassy of Japan. On this same day, some of the frail, remaining "comfort women" will make their 1,000th consecutive weekly appearance outside the Japanese embassy in Seoul Korea to demand the same apology from the Japanese government.
In the Netherlands the 205th petition was presented to the Japanese embassy in The Hague.
Posted by Thea at 8:01 PM