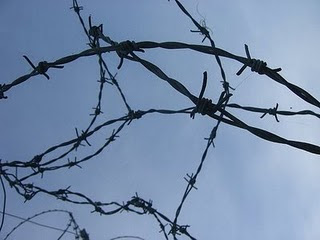 On February 14, 2012 the 207 petition was held in The Hague.This is the letter addressed to Excellency Yoshihiko Noda.

In our previous petition 206 "Resolve the long overdue Redress" we stated that the Japanese and Dutch negotiators of the so called Yoshida-Stikker protocol did not fully appreciate the extent of the lasting physical and psychological impact on the surviving Dutch victims of the Japanese concentration camps in former Dutch East Indies, now Indonesia. As a result of that statement we received many horrific stories of these surviving victims and their children, who have to live with their parent's experience.

The horrors inside and outside the Japanese concentration camps in Dutch East Indies during World War II are engraved in their memories. The nights are the most terrifying moments. The older one gets the more the memory is focused on these moments one wants to forget. In agreeing a solatium in 1951, we believe that Prime Minister Shigeru Yoshida and Foreign Affairs Minister Dirk U. Stikker did not know of the lasting effects of imprisonment under the conditions of the Japanese concentration camps. They had the political will to redress, but if known would have agreed to more generous terms despite Japans' economic conditions at that time.

Both the responsible Dutch and Japanese officials must now agree that it would be fitting to resolve this long overdue redress in a more appropriate manner.All the Dutch-men, women and children- were at the time imprisoned as Prisoners of War. The administration was transferred to the Japanese military. They deserve to be recognized and honored. This cannot be dismissed on legal or economic grounds. The Yoshida-Stikker protocol did not necessarily fail in its intentions, but failed to take fully in consideration the magnitude of the after effects of imprisonment in Japanese concentration camps. It is for both the Dutch and the Japanese governments a matter of honor to rectify this in a most honorable way by establishing jointly an Honorary Fund, which should go some way to remove the pain and memory.

We suggest that both governments achieve this jointly together with the Foundation of Japanese Honorary Debts, as representatives of the victims and their surviving children.

www.jesinfo.org
It was very hard to settle back 'home'.

It was very hard to settle back 'home'.
We had to get on with life. Do not talk about the Dutch East Indies. We have heard it all, was said.
Somebody asked me once if we received compensation or benefits.
We did not know about compensation in those years, or anything after returning 'home'?. What was 'home' for us? Home for us was the Dutch East Indies.
After arriving in the Netherlands our generation suffered in truly silence.

Some lines from my poem I wrote awhile ago on my blog;

The hour of redemption is still not here
But when it will come
Please remember what happened there!
And what they endured, day in and day out!

Who will be the first to strike out?
Who will have the right?
Hear me!!......However it is going to be done
As long as a day of repay comes!

Our choice of fatherland
In the hands of these ruffians
Whose heart only think of robbery, rape and destroy!
And senseless torture, and bloodshed.

A journey to a camp in Banjoebiroe
As bandits walking to the train
We were put behind barb-wire
Which they called concentration camps.

I do not bring forgiveness with me, nor forgetfulness. The only ones who can forgive are dead, the living have no right to forget!