Arriving close to the concern they were looking for, they split up in two groups.The Tall guy with the two natives stayed behind and Jan and the Pimpel would try to see if they could find anything at the concern Wilhelmina. They would stay away for three days; if after three days they had not returned , the Tall guy had to think that they had been taken prison. If that was the case then he should with or without the natives, return through the mountains in the direction of Salak and try to find shelter with some friends.
The two friends said goodbye, unsure what the future would hold.
Without any trouble Jan and the Pimpel reached the property of the concern Wilhelmina.It was very late in the afternoon and the landscape glowed under the beams of the red evening sun.Unbelievable beauty with the different colors; the white foam of the surf of the sea, the deep green of the rubber trees and tea bushes,the azure blue from the immeasurable sea, and the sky in flames with the glow of the late afternoon sun,it took their breath away. 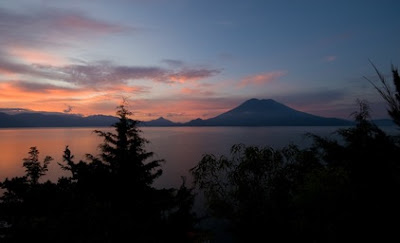 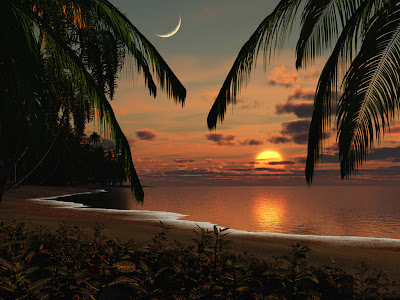 The men decided to wait for a couple of hours, and were lying in the green grass, looking at the settling of dusk over the beautiful landscape.They were waiting for darkness, before they would investigate the place.
The concern had been handed over to Indonesians, the Dutch administrators were in Japanese prison in Buitenzorg, and they had told the Kelter that in the safe of the concern was am amount of six thousand guilders,his personal possession which he liked to hand over to the Kelter in exchange for some food, that from time to time should be smuggled into the prison. 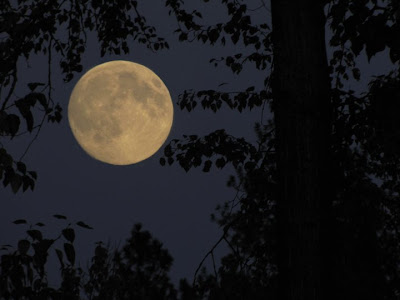 When it was dark, the two men decided it was time to be on their way.The moon was their only light.They first liked to check out if their were Japanese present. The search lasted well into the night. They stumbled on an empty small ladang dwelling, where they decided to sleep. 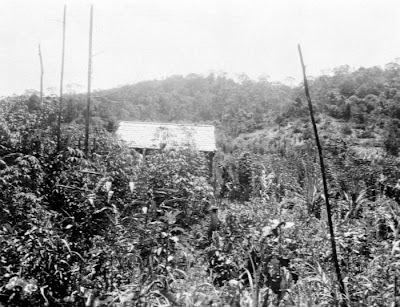 The next morning they walked to a nearby village,expecting to find resistance.At a warong,an Indonesian portable eating-house,they bought some food and a drink. The polite owner gave them all sorts of information.There seemed to be only two Japanese in the village, who stood permanently guard at the telephone central. The Wedana, the village chief, befriended the Japanese, and all blanda's (white people) were his enemy.After this information the two men decided first to bring a visit to the telephone central of Pelaboean Ratoe to try to take the Japanese prison. This district was overpopulated and the two Europeans were the object of many nosy glances.They came closer and closer to the coast; clearly they heard the sound of the surf. When night was falling they arrived at Pelaboean Ratoe on the Wijnkoopsbaai. 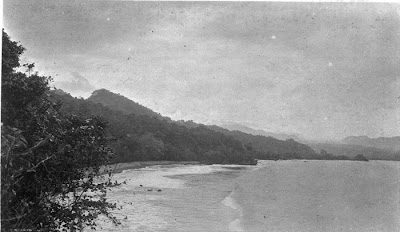 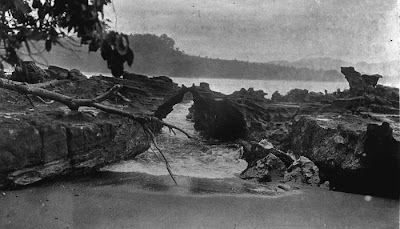 will continue:
Next: Our friends settle themselves on the light tower on the street of Soenda. In a prauw they get caught in a heavy storm.
Posted by Thea at 8:40 PM