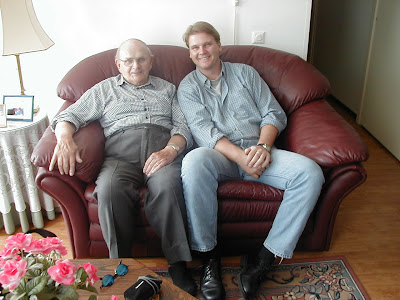 My step father with his grandson Dan.2001

My step fathers birthday had come and gone. No time to remember it was his birthday on May 15,no time to celebrate, no time to think about his birthday, too many other things to think about.Life was going on, maybe next year he would be able to celebrate. They had been in the Harbor of Hollandia, and he totally forgot that it was his birthday.
On May 15,1945 he was 38 years old, and they were on their way to Manila, with a stop at Tacloban on May 29, and arriving in Manila on May 31,1945.
It was May 29, 1945 and they left the harbor of Tacloban. 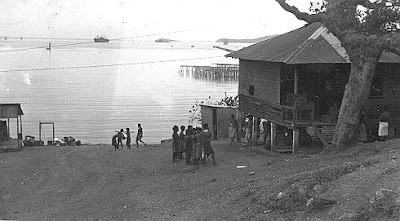 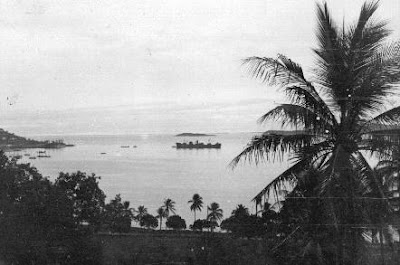 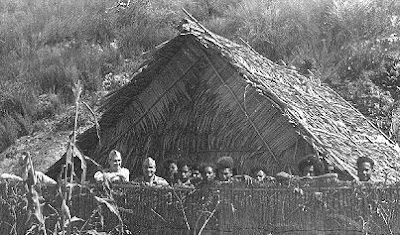 American soldiers with the villagers of Tacloban 1945 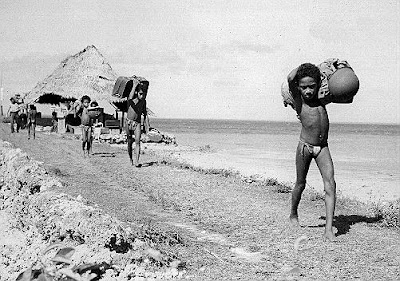 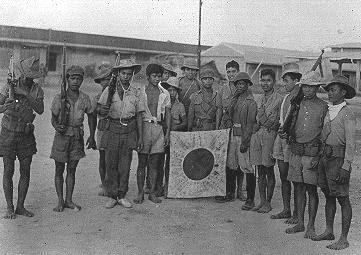 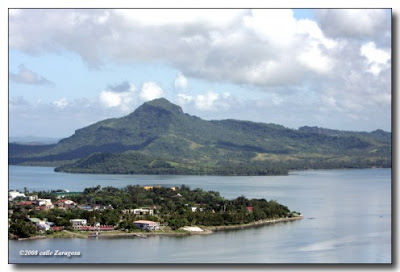 Tacloban the Philippine. Hope it never will see a war again. 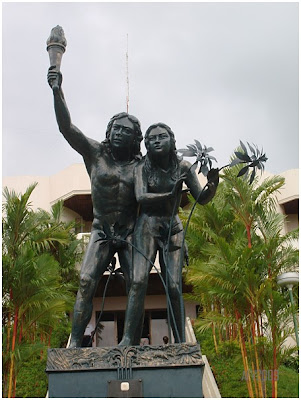 Statue of a boy and a girl in Tacloban.
Philippine legend says that man and woman came from inside a bamboo that was split open by a lightning. They were called Malakas(Strength) and Maganda ( Beauty) Notice how they were both created at the same time. 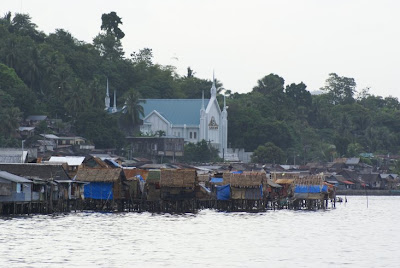 Tacloban  downtown waterfront the Philippine.
The Boschfontein anchored only for a short time and left on the same day May 29 arriving in Manila May 31,1945.
MANILA,THE PHILIPPINES.
The Boschfontein sailed quietly into the harbor of Manila on May 31,1945. Everybody stood on deck and could not believe their eyes. My step father told me they could hear a pin drop, that's how quiet and in disbelieve the men stood on deck. They thought they had seen it all, but this was unbelievable.It was eerie quiet, and my father said every body had tears in their eyes.How much more were they able to take, was it ever going to stop. What they saw was a once beautiful city in total shambles. A massacre in Manila and total destruction that's how the Boschfontein crew saw Manila on May 31,1945. What they saw was not to describe. 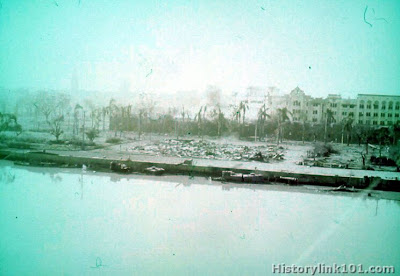 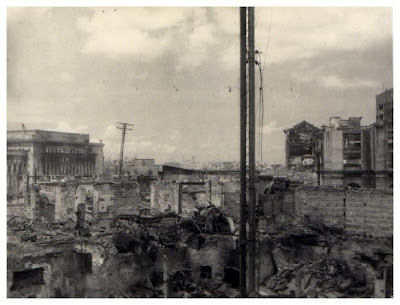 The Manila massacre took place in February 1945,claiming the lives of more then 111.000 civilians, estimate 35.000 more than either Nagasaki or Hiroshima.World War II the new generation need to be well informed of these darkest hours in history.The once proud city of the Far East was dead.The whole city bombed and burned beyond recognition. Its civilian population murdered, women raped and killed, people burned to death, and babies bayoneted by Japanese soldiers, (no monsters)women mutilated, and people drowned.The Japanese soldiers were told not to waist ammunition. This was a coldly planned purpose of the Japanese high command.The Japanese soldiers and sailors, and the Korean marines proceeded to go from one city block to another, burning, looting the homes, raping the women, and murdering and burning people alive.The battle of Manila from February 3, to March 3, 1945 was fought by American, Philipinos, and Japanese forces.The one month battle culminated in a terrible bloodbath and a total devastation of the City. Three years of Japanese military occupation ended.
Memories are short, because we do not want to remember. We must forgive, but never forget.
I know that my step father could never forget the sadness of this city Manila.He would not and could not talk about it. Thank God he was not there when it happened. But to see it how it was just two months after it had happened, left a scar on his heart.It would bring tears in his eyes when the city Manila was mentioned later in life.
The Boschfontein stayed in Manila for 8 days, and sailed away and returned on July 8, 1945.

In Japan the Japanese would often feel repentant for what there for fathers, and fathers did during World War II. Most of them don't want to talk about it, because the war is a part of their history that more or less they don't want to remember.

The Japanese disgraced themselves many times during World War II when they behaved with the mentality of animals and barbarically chose to bayonet their captured prisoners to death. This happened on a wide scale with many POW's and Civilians.There is a terrible account of several hundred Australians being bayoneted to death in a mass killing during the forced construction of the Burma railroad in 1944. In Tarakan in the Dutch Indies (now called Indonesia) 215 KNIL soldiers were taken on board of a Japanese ship and bayoneted to death and thrown over board into the sea. A memorial monument in Loenen (a city in The Netherlands) has just been unveiled on Thursday  January 19, 2012.

Manila, the Philippines. The skyline today.
The Boschfontein and it's crew left Manila with great sadness, but that's what War does.It's cruel,its madness,it's senseless.It brings a lot of pain.

And we that are left grow old with the years
Remembering the heartache, the pain and the tears
Hoping and praying that never again
Man will sink to such sorrow and shame
The Price that was paid we will always remember
Every day, every month, not just in November
We shall remember them.


will continue
Posted by Thea at 8:36 PM