Monument in The Hague 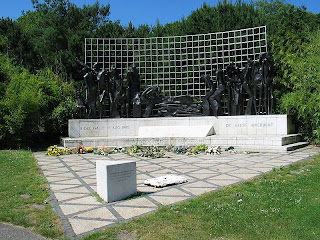 
Indies Monument in The Hague, in remembrance to all the Dutchmen and the Military men, who were the victims from the Japanese occupation. (1941-1945) World War 11 in former Dutch-Indies. They who lost their lives in combat, in Prison Camps and those who perished during compulsory labor.


The memorial cemeteries and other memorial monuments are for the next of kin very important. Because nobody would like that their relatives, friends of unknown companions will be forgotten in history. Their has to be a place to commemorate and to mourn.

SALVADOR DALI said:
"Through each death a memory gets born"

But when our people died there was no time for remembrance. They had to try to stay alive in and outside the camps, and also after the capitulation of the Japanese. Dieing through unbelievable violence, and chaos,"THE BERSIAP TIME"

The war in Indonesia was put a site, because in Holland people were to busy thinking about their own suffering with the German Occupation. It took 66 years after the capitulation, for the survivors, who had suffered so immensely, finally were able to come together to commemorate the Japanese occupation.

MOM this Monument is for you and for your sister Eke. This is a memorial for all the suffering you had to go through, and for both your husbands, you had to leave behind in foreign soil.

MAY THEY REST IN PEACE!

Everything is true!
I remember sawa's(rice-fields) and beautiful tropical sun, and sunsets!
I wished I could forget, after all this time!
All the love, all the sorrow, pretend you don't know and forgot!
Pretend that you never knew that land,
Pretend that it was a phantom, that broke like glass.
Tell them that you finally woke up!

Everything is true!!
The sawa's and the tropical sun, the beautiful sunsets
I wished that I could forget, I try so hard!
It has been so long ago, I do my best, but I remember still the same. 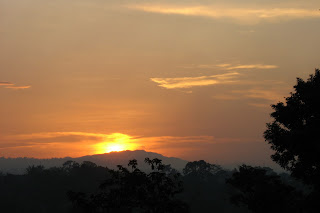