It is Sunday to-day, the sun is shining. What more do you want? Life is wonderful. Before I head outside I decided to continue with the story,of my mothers and my life in Indonesia in World War 11: part 6 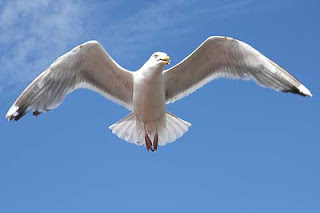 The surrender of Japan on August 15 1945 should not have come much later, because we were all in very bad health.
How lucky we were, that the Americans found out that we all were going to be killed by the Japanese. The due date was set for August 26. We would have lived only three more weeks. Although we were near death already.
The camp gates went open, we were Free!! But what a disappointment,they closed the gates again. There was a new War. We were freed from the Japanese Tyrant, but now we had to be protected by them.There was chaos on Java with murders, intimidation and attacks. The national Party TNJ (Tentare Nasional Indonesia) led an intense guerrilla  battle against the Dutch, the East Indies and the people who had recently returned from the Japanese internment camps. Anyone who was not 100% Indonesian was treated violently by the Indonesians. There was an anti Dutch tone and the Indonesian youth were encouraged in it.
Permuda's armed military trained radical youths, were especially chasing the Dutch and the Indo-Dutch. Because of some barbaric practices such as burnings and beheadings, the Japanese were ordered to protect the heavily threatened people in camps.
The protectors were the same Japanese who just a short time before had been our worst enemies during the years of occupation. The camp gates stayed closed, a new life threatening situation existed.
My mother was so sick by now, she was hanging in there between life and death. One day a truck arrived and some of the sick were loaded on these trucks. My mother and I were one of them.It was now the end of November 1945. We were lying in this truck with mattresses around us, because the extremists were shooting all around us. The bullets were flying over the truck.Lucky we arrived alive at a hospital, and if I remember well this was in Semarang where my mother was loaded off the truck. I had to stay in the truck, and I remember I screamed my head off: I wanted to stay with my mother. They brought me to a convent, where a lot of orphanage children were taken.I refused to eat. I remember that one day I had run away, I was going to look for my mother.The nuns were frantic, because outside this compound it was very dangerous. Every day Europeans were killed. The extremists were very young people and showed no mercy.They would kill you, it did not matter if you were a young child or even a baby. I remember as the day of yesterday that I was hiding under the building,In my mind I can still see how it looked like. There were a lot of white concrete pillars, and there is where they found me, fast asleep. It took my mother a long time to recuperate. We were separated for three months.I did not understand what happened. I thought she had left me.My mother told me that I was mad for a long time, and asked her every time, why she had left me, and please don't leave me again.After she was released from the Hospital, they were not able to locate me. They did not know where they had taken me. There was such chaos in the country. My mother almost got sick again, from worries. She had lost everything, her house, all her possessions, she did not know if her husband was still alive.She was going to turn every stone upside down, if that was what it was going to take her, to find me.A couple of days after she was released from the hospital they found out where I was, and we were reunited, and taken to Bandoeng, where we were taken to The Java Care Center, where my mother still had to get her strength back. I did not know, even in later years, that I had almost lost my mother.It is really unbelievable that my mother never talked about it how sick she had been.She told me that she had malaria but could not much remember of that time. From a letter my mother received in the Java Care Center, from a Mr. E.A.Veenstra(which letter I found after her death) I started to understand more. This letter was hidden away in a black satin pouch with a lot of other letters and small things from her time in Indonesia.
Mr. Veenstra told my mother also that he, and Reverend Hamel had been with my father when he died, in that terrible place on the Burma railroad tracks.Reverend J.C.Hamel and he survived. Reverend J.C.Hamel wrote a book after the war.He was called the Soldiers Reverend.(more about this in my next story)
In the Java Care Center we stayed from November until the end of  February 1946. That is when Mr. E.A.Veenstra took care that my mother and I could leave for Holland.
It was a sad day for my mother, she had to leave this beautiful country, where she had loved, suffered, and had been imprisoned.Goodbye beautiful Indonesia, with your beautiful sunsets.She had lost everything, but she still had me. 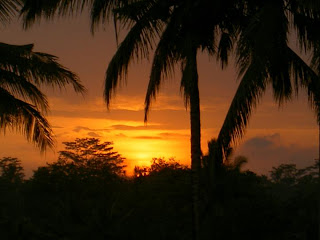 Many years later, after the death of my mother in 2003,I found out where my fathers last resting place is. My mother never knew. How sad, it would have given her so much peace.

I will write about that another time, for now I will insert a picture from Kanchanaburi Thailand, where they
took his remains,and gave him his last resting place. 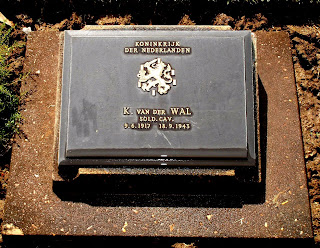 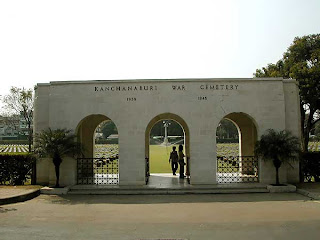 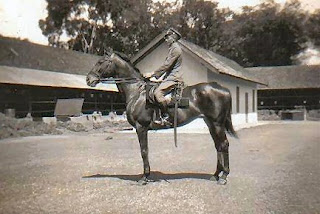 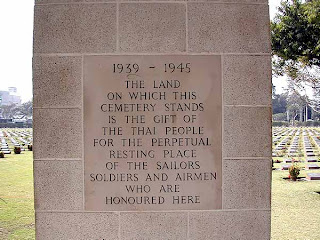 This monument in Arnhem is for all the men who died, for their immense suffering building the infamous Railroad track.Never to be forgotten. World War 11, Japanese Prisoners of War.
Posted by Thea at 7:56 AM