The unedited version of the draft report of the working group on the Universal Periodic Review by the Human Rights Council of the United Nations, A/HRC/WG.6/14/L.12, condemns Japan's war time record on human rights, in particular the enforced sexual slavery and other atrocities committed by the Japanese military. The education curricula disguise the facts and the reference that all issues are legally settled under the various treaties does not dismiss Japan from its moral obligations.

Japan has the time up to March 2013 to come forward with suggestions which might bridge the gap between the comments made diplomatically by the UN delegates and the initial responses by the Japanese delegation.The Foundation of Japanese Honorary Debts has the means and the contacts to resolve some issues involved. Our present dialogue with the Japanese Ambassador in The Hague could form a base from which a suitable acknowledgement and moral redress mechanism can be developed to resolve these issues.

In view of the limited time left, till march 2013, we would welcome an early response. 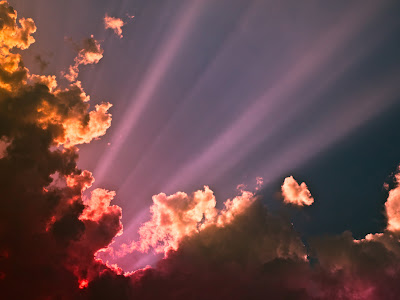 Its time to recognize the wrong doings of your Military, during that horrible time World War 2. Many of the people from that time have passed away, they would have liked to hear that Japan felt remorse.

Maybe my mother and her sister could have died in peace with no hatred in their hearts. Many years they endured suppressed rage at the torture and rape, they suffered at the hands of their Japanese captors.
The women, men and children who were able to survive these horrific conditions, savage beatings and starvation, wondered the rest of their lives how it was possible that human beings were able to do this to other human beings. My mother has never been able to understand.
She often wondered; was it because these Japanese men were so small, compared to them.Every time they were confronted by these Japanese men, they towered over them, and looked down on them. Was this what triggered so much hatred, was this why my mother and her sister always got the beatings? My mother and her sister suffered psychological problems the rest of their lives.There were always questions....why??
They never forgave, my mother passed away in 2003,her sister a couple years before, hating everything what had to do with Japan. Its time that Japan recognize the wrong doings of their military in WW2. My mother lost the love of her life, my father, he died a horrible death on the infamous Burma railway,her sister lost her husband, the submarine the 016 ran on a Japanese mine in the Pacific on December 14,1941 just seven days after the sneaky attack on Pearl Harbor.Their lives were shattered.The rest of their lives they suffered horrendous nightmares, and had no help for their war traumas.
The evidence related to torture, murder, rape and other cruelties of the most inhumane and most barbarous character were freely practiced by the Japanese army and navy.The Japanese military were particularly enormous in this matter. The Japanese army in World War 2 behavior was particular abusive against women. Few in East Asia were left untouched by these Japanese heavy-handed occupation policies and behavior.
Tales of rape were so sickeningly..... every women caught by the Japanese had been raped without exception.
Why is that Japan keeps denying these war crimes their military inflicted.Its 67 years ago, not many of these women and men are with us anymore. But we the children will still continue to fight for recognition on human rights,for the atrocities committed by the Japanese military, so our parents can rest in peace.