Barbaric practices from the Kempetai--The last days in prison camp-- Eleven Dutch men in front of the fire squad---The end of the Tall guy.

Jan was standing staring in the distance, trying to control his terror and his bitter feelings.He stared to the road which you could see from the gate. Suddenly he noticed a convoy of motor-cars followed by trucks,driving in full speed towards the camp.On the trucks were standing and squatting Japanese soldiers and on the roof of each truck stood a machine gun.The gate way swung open and the motor-cars drove into the court yard of the camp, followed by two trucks, the other trucks stopped in front of the gate. 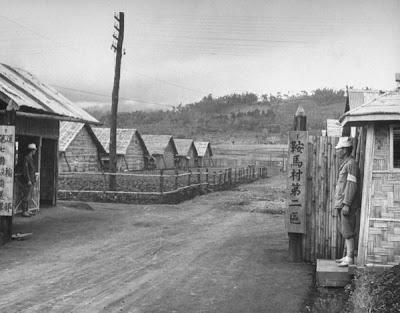 Jans instinct told him that this was it.A calm came over him, and slowly he walked back to the barracks, and gave Smit a stealthy look.The dreaded moment had come. He found his two friends in the same frame of mind. In the mean time the smaller gate which was the entrance into the rubber plantation behind the camp, was guarded by Japanese soldiers.All internees had to ensemble into the court yard, where the air was very hot from the midday sun. In front of the gate were a number of Kempetai and the Dutch camp leaders.Room by room the internees names were called;they were checked over, searched and had to march through the gate into the rubber gardens. 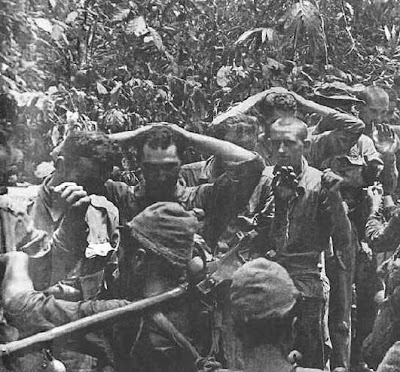 When Jans name was called one of the Kempetai jumped up and pointed at him that he had to step out of the line, at the same moment another Japanese put Jan in handcufs. A third Japanese gave him a punch in the face. Immediately Jan was forced to point out who "captain Smit" was.When Jan answered that he had no idea, they punched him in the face a couple of times.Blood came out of his mouth and he had the feeling that his nose and jaw-bones were shattered.He gave no sign of pain; with a mockery smile he looked the bullies in the face.Short after they took Jan to the main building, to a large room which was heavy guarded, where he saw The Pimpel and the Tall guy.Thank God just the other night they got rid of their guns and had buried them near the river in a deep hole.
Now they were cross examened. Again they asked, who is "captain Smit"? The Kempetai had no idea, because the name Smit was a very common name, there were six at the camp with that name.The three friends kept quiet and alternately they were serious ill-treated.At one moment Jan fell while he suddenly got an unexpected blow in the face. 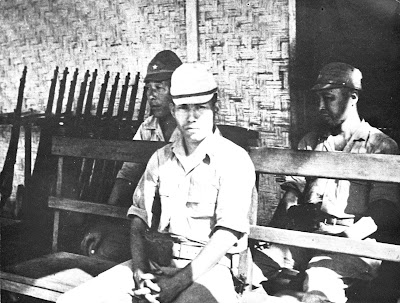 Immediately the JAPS started to kick him with their heavy boots. Jan kicked as a wild man around him, to keep the torturers at a distance. Jan seized a foot with both hands, which wanted to kick him in the face; out of control and in a rage of self-preservation he bit in the bare leg.Screaming from pain the Jap jerked his foot from Jans hands and kicked him with so much force in the face,that he fell unconscious.When Jan regained consciousness, he noticed a man in the room, who's name was Smit, and he was being severely tortured.It was the former director of the Police academy in Soekaboemi.After some time the Dutch man was able to prove that he was not the Smit they were searching for, and they let him go.Now the concentration and anger of the Japanese turned again at the three-some.In the meantime Smit had heard that the Japanese were looking for him and that his three co-operators because of him were inhumanly mistreated.He reported himself immediately and was brought up in front of the Kempetai-officer, who asked him if he was the same person as Tuindersma, Dutch Captain of general staff. When Smit did not answer right away, one of the Japs hit him with a piece of wood on the head with so much force that the wood broke.Smit staggered, but managed to stay upright his face impassive. He asked if this was their way to handle imprisoned enemy officers; he would, he said proudly, only answer questions if he was treated as an officer.Upon this they handcuffed him and took him to a waiting motor-car. Jan, the Pimpel and the Tall guy were each taken to an individual motor-car.Soldiers with weapons were standing on the foot-boards of the motor-cars and beside each of the men sat a Kempetai-man with his gun pointed at them. Behind the four motor-cars was a truck with about thirty heavy armed soldiers. The convoy moved and in his mind Jan was saying goodbye to nature, the sawah's (rice-fields) the cassava-fiels, the rubber gardens and the blue clear sky, in which the tropical sun was burning. 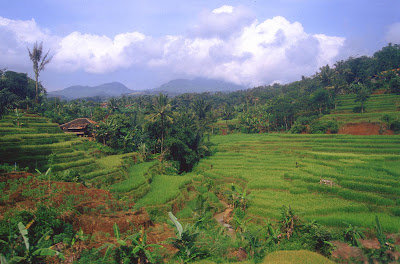 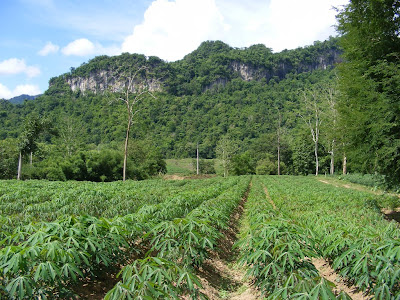 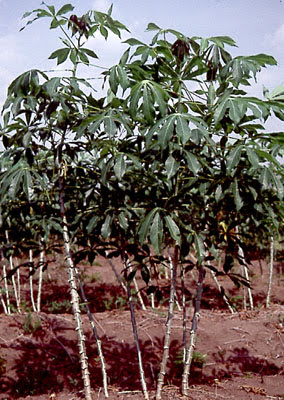 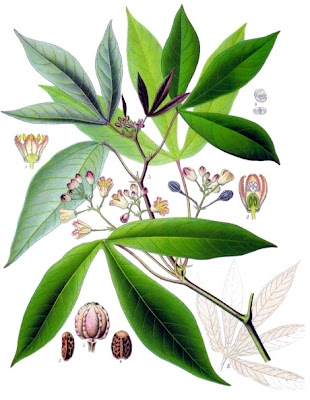 Cassava.Would he ever taste the cassava pudding again?. 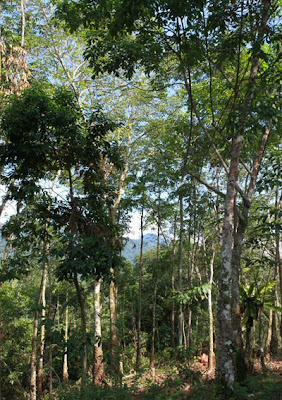 Would he ever ride his horse over the rubber plantation again? 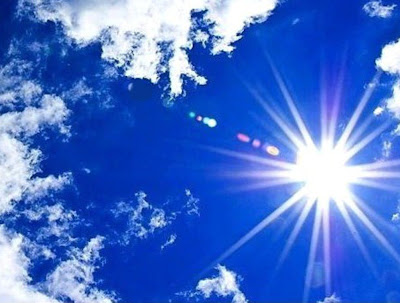 The convoy slowly drove through villages and stopped in front of the Kempetai, the former "General secretary's office" in Buitenzorg. 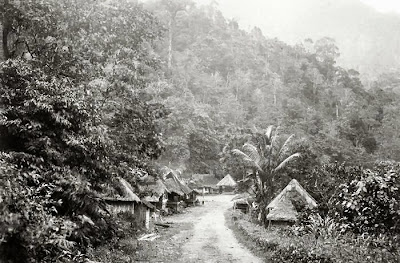