Japan, you can't fool us! with your gesture of planting cherry blossom trees.

On my last blog I wrote about a monument which was dedicated to the 'Comfort Women' ( women and girls forced into sex slaves for the military Japanese during WW2), the monument which was set up in Palisades Park. The Japanese Consulate-General in New York had called for the removal of this monument. They (Japan) would plant Cherry Blossom Trees in it's place. 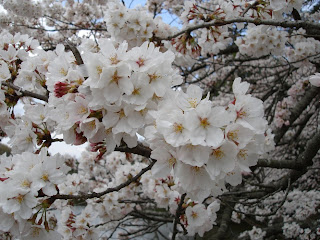 During World War2, the cherry blossom tree was used to motivate the Japanese people, to stoke nationalism and militarism among the population. Even before the war, they were used in propaganda; to inspire "Japanese Spirit." as in the "song of young Japan" exulting in "warriors" who were ready like the myriad cherry blossoms to scatter.
In 1932 Ahiho Yosano's poetry urged Japanese soldiers to endure sufferings in China and compared the dead soldiers to' Cherry Blossom Trees.' Arguments that the plans for the 'Battle of Leyte Gulf' involving all Japanese ships would expose Japan to serious danger if they failed, were countered with the plea that the Navy be permitted to "bloom as flowers of death." The last message of the forces was "Sakura'Sakura",- cherry blossoms-cherry blossoms.
The Japanese pilots would paint them on the sides of their planes before embarking on a suicide mission, or even take branches of the trees with them on their missions. A Cherry blossom painted on the side of the bomber symbolized the intensity and ephemerality of life: in this way, the aesthetic association was altered such that falling cherry petals came to represent the sacrifice of youth in suicide missions to honor the emperor of Japan.
The first Kamikaze unit had a subunit called Yamazakura or wild cherry blossom. The government even encouraged the people to believe that the souls of downed warriors were reincarnated in the blossoms.Kamikaze aircraft were essential pilot-guided explosive missiles.Pilots would attempt to crash their aircraft into enemy ships, in what was called "Body Attack." The goal of crippling or destroying large numbers of Allied ships was considered to justify sacrificing pilots and aircraft.Kamikaze means literally "God Wind", or "Divine Wind" these were suicide attacks by military aviators from the Empire of Japan against allied naval vessels.
In its colonial enterprises, imperial Japan often planted Cherry blossom trees as a means of "claiming occupied territory as Japanese space."
How dare you offered to plant these trees in the place of a memorial monument, for all the atrocities you inflicted on human beings.

Can you imagine the petals falling from these cherry blossom trees,represent the sacrifice of the dead Kamekaze suicide pilots falling from the sky in Palisades Park, on the place were the monument stands.

Japan you are a greater fool then I thought you are.You misuse this beautiful tree. 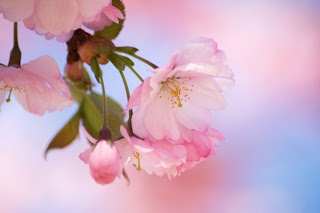