Our monthly demonstration in The Hague, The Netherlands

First of all I wish all my followers all the best for 2013.  I can't believe it is already January 8, 2013. Today the first demonstration of 2013  and petition 218 was handed over to the Japanese Embassy in The Hague, The Netherlands. In May my husband and I hope to join them again. Here follows the petition which was send to me.I like to thank our president J.F. van Wagtendonk for all the good work he is doing, and we hope he can continue to do so for a long time.

The Foundation of Japanese Honorary Debts notes your election victory and your appointment as Japan's Prime Minister for the second time. In October 2006 our petition 143 welcomed you as Prime Minister of Japan the first time and congratulated you with the position. You announced then in your inaugural speech your intentions to change the constitution, to strengthen ties with China and South Korea and modernize Japan's educational system. We suggested that was an opportune moment to learn from the past and reconsider the damage done by previous Japanese governments to Japan's war victims both at home as well as in the previously occupied territories..
During your first tenure you ignored our suggestions.

We are shocked that at the beginning of your second tenure you seem to ignore again the historic facts by announcing your intention to reconsider the so called Kono statement. The statement intended to announce the findings of the study on the issue of "comfort women." The results of the study were in our view not acceptable as they did not address adequately the consequences of the apology, nor address the redress of damage done to victims and their next of kin.Hence the many resolutions passed by among others the Dutch parliament demanding a sincere apology and redress for the enforced sexual slavery of Dutch women. Proof of that fact you will find in the verdict by the Batavia Military Tribunal passing sentence on Japanese military and civilians in the so called Semarang Coerced Prostitution case.The sentences were severe and included the death penalty, executed on November 27,1948, and long prison sentences "for committing war crimes including the movement of girls and women from concentration camps into enforced prostitution, enforcing prostitution and continued rape".

Prime Minister,
In your election pledges you presented yourself as the leader Japan needs now to restore its finances and its position in the world. In order to impress the world a sincere apology accompanied with a suitable compensation to victims of the Imperial Army's conduct in South East Asia during World War Two, in particular in Dutch East Indies, is required. An apology by you is meaningless if that apology is not carried by Parliament. An apology by the people of Japan represented in Parliament is the only acceptable apology to war victims and their next of kin. You are now in a strong position to demonstrate the change by asking Parliament to support a motion to make an apology and to authorize you to seek settlements with individual groups of victims represented by non-governmental organizations like the Foundation of Japanese Honorary Debts.

Prime Minister,
Any true apology requires redress. There are many ways within our different cultures to overcome the present gap in understanding as to what fair redress is. It is not a legal matter. Instead, it is one of honor and respect in accepting moral responsibility. As Japan wants to befriend the world in order to protect its economy it has to compromise and show good will by taking initiatives. A sincere apology with redress carried by the Japanese Parliament will give Japan the benefit and support in other initiatives.

We look forward to hearing from you soon. And contrary to your predecessors please acknowledge the receipt of this petition. It would be an excellent start to your government and to the New Year.


We will forgive but never forget!
Sometimes it is hard to forgive, but sometimes it is a good thing to be able to forget what once was,and to appreciate what is now and to look forward to the future.


For me it's hard to forget how I did see my mother struggle with her past. It was hard to forget what these Japanese military did to her and her sister and to other women. Harder still for her was the fact that I had seen things which she tried so hard to erase from my memory. The beatings she received in front of my eyes, and I not able to understand as a five year old, thinking that my mother had been a bad girl, when she received these beatings.When women received a beating in front of us children I would think that they had done something wrong and I would say to my mom, oh, oh,.. she must have been a bad girl.
And my questions asking my mother all the time:" Mom, tell me, why do I remember seeing women  hanging on trees. Why did the Japanese tell us little children to throw stones at them?" My mother always answered me that I must have had a bad dream, and I should forget about these bad dreams.That must have been very hard on her.
I know now that they were no bad dreams at all. I still dream about it, and the worst dream is about a train, which is trying to catch me, and I run and run, and try to outrun this train.
Train rides were horrible, with sick women and children, all huddled together with no space and so hot, you could barely breath. For the longest time my mother had problems to get me on a train. I was petrified, some how these beastly train rides must have lingered in my mind.
My mother passed away in 2003. She was never able to forgive Japan for what their military had done to her.The fact that she passed away without ever hearing an apology and the fact that Japan never acknowledged the wrong doings of their military was hurting her so badly. Japan made her feel like she was making it up.I cannot imagine how one can ever overcome the brutal beatings and rape, which these women received. Even harder for me to understand is that one can live the rest of their lives with this hurt.Time will heal wounds they say, but remembering my mother and her sister, the consequences from such a past is not to describe.I start to understand why my mother was forever cleaning her house. Everything had to be sparkling clean.It was like she tried to wash her memories away.The nightmares were there all the time.
We hope for a sincere apology so my mother, her sister, and all who suffered during the Japanese occupation, and passed away, can rest in peace. 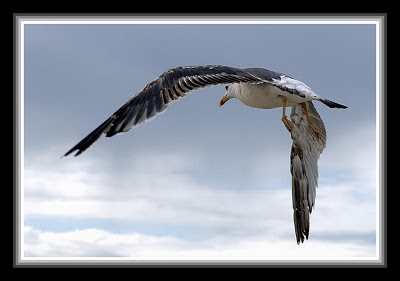 God Bless all of you who survived the horrific hell of the Japanese POW camps. Thank you for your dedication, your bravery and the great sacrifice you made to keep our country free. We will always be in your debt as we carry you in our hearts. 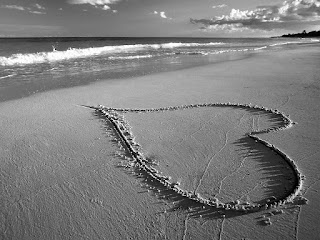 a poem by Larry Voss


Honorable men and women with a burning desire
To be set free from the cruel barbed wire.

Forced labour camps when they could hardly stand,
Enduring degration as long as they can.

Brave men were lost as they passed through the fire,
The legacy of love from behind barbed wire.