Friday December 7,1941 the day that the Japanese bombed Pearl Harbor on the island of Oahu. 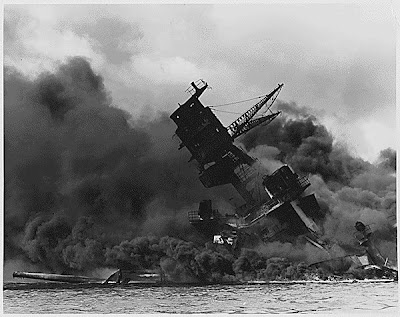 December 7 will not pass without pausing to remember the attack on Pearl Harbor. For me the day could also not pass without remembering how our lives changed that day.
After attacking Pearl Harbor Japan added to its empire, Burma, Malaya, Singapore, Hong Kong, the Philippines, the vast East Indies (Sumatra, Java, Borneo, and the Celebes), Timor, New Guinea, the Indian and Pacific islands, and parts of the Aleutian Islands.

The East Indies or Netherlands Indies (Indonesia) where I was born on the island of Java. This populous region of the East Indies suffered grievously from the policies and actions of the Japanese occupiers.Massacres took place on Java. A preferred way for Japanese to rid themselves of burial details near any coast was to take prisoners out to sea for execution.The Japanese decapitated Dutch POWs and dumped their bodies into the ocean.
In 1942 they forced the nurses and patients from a military hospital and killed them along with civilian women and children. In 1945 as the Allies advanced more large-scale murders took place.
When the Japanese launched the war against the West in 1941 they informed the Dutch who ran the oil fields that they must turn them over without damage or all Europeans would be killed.The Dutch set the oil fields on fire on orders from their government. In retaliation, the Japanese killed over a hundred Dutch, who were driven into the sea and shot. There were those whom the Japanese dispatched for their defiance by having their arms and legs lopped off by sword-swinging officers.The women were not killed, but all were raped several times with the Japanese commanding officers looking on.The population suffered the loss of lives in the millions from the Japanese forced labor brutality.

That's why it is time that the Japanese fully come to terms with their World War 2 past.

December 11, 1941, the day Germany and Italy declared war on the United States.

We will forever remember and honor the heroes who surrendered their lives..... so that we could have our tomorrows. 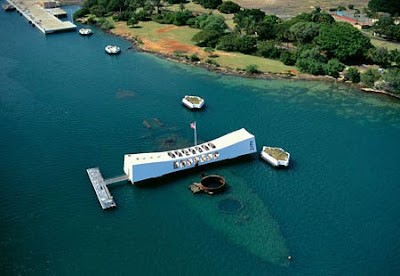 Pearl Harbor, USS Arizona memorial monument.The monument is build right over the wreck of the ship.

I lived awhile on corregidor Isle
That sun baked God cursed land
Where bomb and shell made life a hell
With death on every hand.

I got the first there, of the cursed
With no water ot be had
I heard men scream in hellish dreams
And watched my friends go mad.

And when our bones blend with the stones
You'll hear the parrots cry
The men who owned these splintered bones
Were not afraid to die.


Did you know that the attack on Pearl Harbor was intended as a prevention action in order to keep the U.S. Pacific Fleet interfering with military actions the Empire of Japan was planning in South East Asia against overseas territories of the United Kingdom, the Netherlands, and the United States?
Did you know that Germany and Italy were allied with Japan?

The two fascist powers, both being militarist, were greatly nationalistic and had the ability to annex other nations. Germany and Japan were committed to colonizing other countries.
The Third Reich, realizing Imperial Japan's strength, formed an alliance with her.
The deal was that Nazi Germany would take over the Western side, while the Japanese Empire would take over the Eastern side. By doing this the two countries would have a sort of power-sharing agreement and would have jurisdiction over the entire globe.
They came very,very close to conquer the world.

I read this poem from Harry Riley;

Remember me (The voice of the dead) I thought I share this with you,

Duty called and I went to war
Though I'd never fired a gun before
I paid the price for a new day
As all my dreams were blown away.

Remember me:
We all stood true as whistles blew
And faced the shell and stench of hell
Now battle's done, there is no sound
Our bones decay beneath the ground,
We cannot see, or smell, or hear
There is no death, or hope or fear.

Remember me:
Once we, like you, would laugh and talk
And run and walk and do the things that you all do
But now we lie in rows so neat
Beneath the soil, beneath your feet.

Remember me:
In mud and gore and the blood of war
We fought and fell and move no more
Remember me, I am not dead,
I'm just a voice within your head. 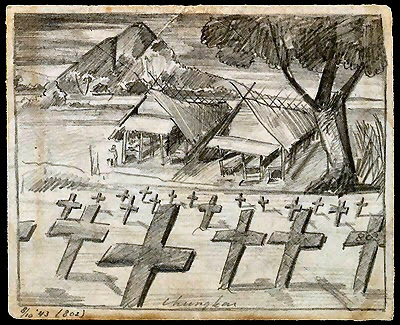