It is Saturday today. It is a bright sunny day, but some snow flurries are expected. I am so looking forward to spring, so I can work in my garden. I love gardening, it's good for the soul.My husband and I are looking forward to a trip to Holland to visit his mother who is going to be 96 on April 10, also looking forward to see the rest of the family. The most wonderful thing happened a week ago, when after a long search I found my cousin Toby, we had grown up together in Japanese prison Camp. She is my cousin, who I wrote about that we had not bowed for the Japanese commander who passed by and our mothers got a severe beating from him.We were only 3 and 4 years old and we waved and smiled to the Japanese commander, but little as we were, forgot to bow for him.Our mothers were told that they were not educating their daughters in a proper manner, and if this would happen again and their daughters did not bow, he would not only beat them but further actions would be taken,and he would set an example for all the women in camp,to make sure that all children would be taught how to bow.It was an insult to his emperor Hirohito if you did not bow for your superior. 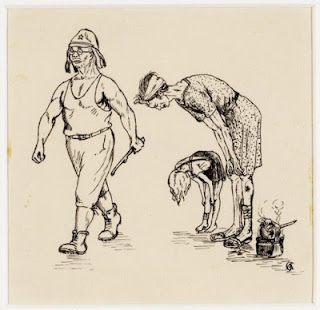 Later in life when we returned to the Netherlands from the east Indies and were living with her parents in Kolhorn a small town in the North of Holland, my mother overheard me telling my friends, that I loved it in this camp, because I did not have to bow for men in funny suits anymore and that in this camp we had more to eat, in the other camp the food was horrible. I showed them how you had to bow, and told them; if you do not bow deep enough, my mother would get spanked with the whip. My mother said that the kids looked at me as if I came from the moon.
It was so nice to hear from my cousin.I have written a book, which just came out in November.So sad in a way, because my cousins had some stories to tell, and I could have added some of their stories in my book. My cousin Toby has an older brother, who has never spoken about camp life. He told me that he will open up, and has some stories to tell. He has never been able to talk about it, but now he will. I hope he keeps his promise. I will see him in May.He said it will be very difficult for him.He was barely alive after the war was over.

Today I read a poem from the internet written by; Caitlin Moreby.

War is triumph
War is gain
War is heartache,
War is pain.

War is duty
War is creed
War is stupid
War is waste.

War is brother
War is Dad
War is mother crying
War is sad.

War is death
War is tears
Wars don't end
They last for years!
Posted by Thea at 11:56 AM