Petition:246. Monthly demonstration in The Hague 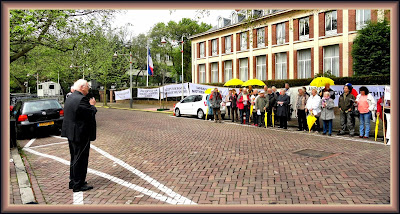 In your address to the joint meeting of the U.S. Congress on April 29th 2015 you paid tribute to General Snowdown for his efforts to reconcile. Sadly you did not apologise nor said sorry for the terror and cruelties of the Japanese Imperial Army and Navy in occupying South East Asian countries during World War Two. Sharing former Japanese Ministers apologies is not sufficient as you continue to honour Japanese war criminals and doubt the coercion of young girls and women in the occupied nations into sexual slavery. Due to the deliberate disregard by the Japanese military in respecting the Laws and Customs of War on Land, signed and implemented by Japan prior to World War two, reconciliation is only possible if Japan accepts the consequences of violations by its military

Nevertheless in your address you attempted to reconcile with the past in order to go forward into the future. You admitted that Japan and its military brought sufferings to the people of the occupied Asian countries. You failed in your address to mention those who survived the war. The San Francisco Peace Treaty provided Japan with a base to resurrect, as you stated so clearly, from the ashes. The individual survivors including the Dutch from Dutch East Indies are still in "ash" and did not benefit from Japan's post war successes. They continue to suffer from atrocities inflicted upon them, causing permanent mental and physical damages.

Today Japan cannot deny its past and must redress the damages done to the individuals. Japan cannot downplay its responsibilities of the past. It is not a government to government reconciliation but a people's one, whereby the Japanese government must honor its apologies in law and redress the Dutch victims. The Dutch from Dutch East Indies are ready to reconcile with the Japanese people. The Dutch victims will never forget what happened to them. Seventy years after ending of World War Two the time is there to reconcile and to redeem Japan's Honorary Debts. We are looking forward for an early reply,

My Mothers dreams and nightmares throughout her life.

Why were these soldiers so terrible mean. Why did they terrorise innocent women and children? Sadly these Japanese soldiers were brain washed at an early age of twelve,being only little boys who should have been playing ball and other nice innocent games. But these little boys were military trained all in the name of their emperor Hirohito of Japan, their GOD. THEY WERE TOLD THAT THEY WERE CHOSEN TO FIGHT FOR THEIR EMPEROR AND WOULD DIE FOR THEIR EMPEROR. THIS WOULD BE THE HIGHEST HONOR THEY COULD EVER ACCOMPLISH IN THEIR LIFE.  SURRENDER WAS NO OPTION.
These pour boys had no way of thinking for themselves, this was not taught to them. So is it because of that Prime Minister ABE that you cannot apologise,Is it because that's the way you are brought up. Your grandfather was a war criminal, Is it because your grand father that you honor war criminal's? Our grand fathers and father's and mother's, sister's and brother's suffered during World War Two, because of them.My cousins and I lost our fathers at the hands of these monsters, who were taught to kill. Why can't you apologise for them. Take the blame and remove the shame.Why is it that Japan and of course you Prime Minister ABE can't say the word"I apologise" and will make it right. Is it because that's what you have been taught by your grandparents and parents, to never give in. Keep lying about the past, it might go away, is that what you are telling the young people of Japan today? We the children who were there in those horrible filthy nasty camps, will never forget how we saw our mothers suffer at the hands of these well trained robots, who called themselves soldiers.I will never forget the screams from my mother when she and her sister received a terrible beating because my cousin and I didn't bow. We were only three and four years old at the time. From that day on we were terrified little girls who were terrified that we did something wrong and our mothers would get beaten again right in front of our eyes. Always asking our mothers: Mommy did we bow properly"..I will never as long as I live forget my mother's nightmares, which she suffered the rest of her life, because those "ROBOTS" raped her and her sister while they were in camp Moentilan locked up. They were told day in day out that they belonged to them and had to obey. How can you and your government still deny all these atrocities which were inflicted to innocent women and children.How many more years we have to beg for Justice? How much longer do I have to remind you, that the women in those camp hated your flag the Rising Sun and named your flag the flag with the huge blood stain the middle. When can we honor your flag again? Has your government forgotten that there were plans to kill all Westerns. We, my mother and I, her sister and my cousins were taken to Banjoebiroe 10 on August 1st,1945. It was said that it was best to have as many POWs together in one camp so it would be easier to get rid of them at once. Our mothers heard this during that horrible train ride from the locals , when the train stopped. Many children and young mothers died during that train ride. Young little girls who died in their mothers arms were thrown off the train, because your "robots"(soldiers) were terrified of diseases. These mothers went utterly crazy. You  Prime Minister Shinzo ABE  probably have never tried to stand in their shoes. You were born way after the war and were pampered from day one. Never went hungry, never suffered.You, just like those young boys who were send to war by your government, have been taught well. What kind of nation is Japan, I am asking myself so often. Why are they lying about the past and why do they like to rewrite the past? Could you please answer my question?

I wrote this poem a while ago. It was March 7, 2011 and I send it to poems@warpoems.org

Was it a dream which turned into a nightmare. 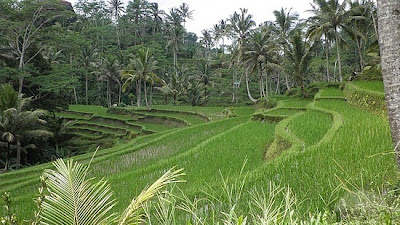 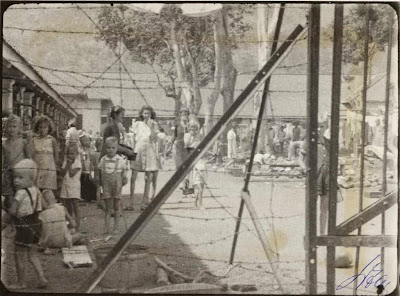 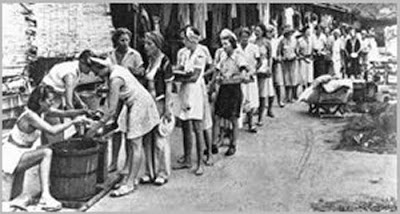 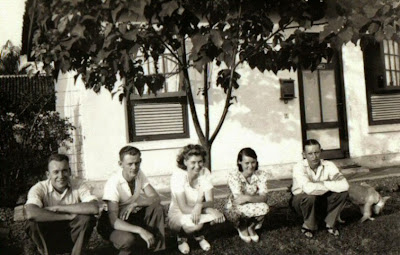 I wished I could forget,I try so hard
It has been so long ago, but it still feels like yesterday
I do my best, but remember still the same
And it breaks my heart. 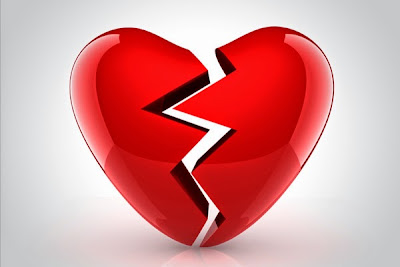